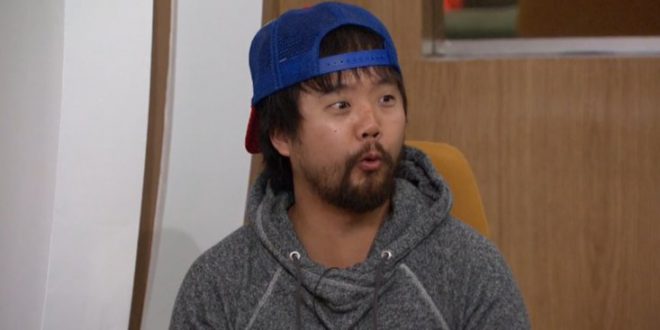 Reminder: Big Brother Over the Top Begins Next Wed 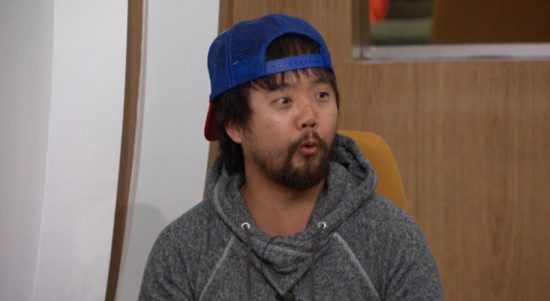 Enjoy your 15 minutes, Big Brother 18 cast, it’s coming to an end really soon as the house has found out today.

Nicole was given envelopes and read them to James and Paul. The first one revealed how Big Brother: Over the Top is beginning just a week from finale night. Nobody knew what to think about that until they actually played the promo on the TV screen. At first, they thought it was just going to be a show about all the ‘over the top’ moments from this season. Sorry, bros…  Out with the old, in with the new. Your 15 minutes are up

The second envelope read that the final 3 can have an impact on the house by leaving a photo, or a message for the new houseguests.  Doesn’t sound like much of an impact, but I guess it’s a nice gesture.  Everything they needed was provided in the storage room 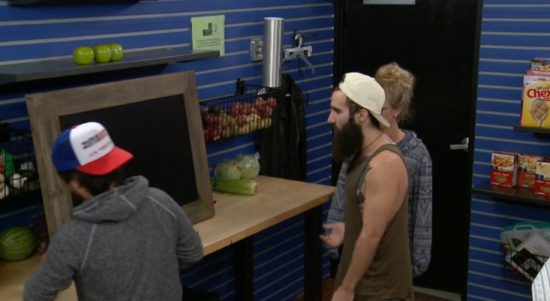 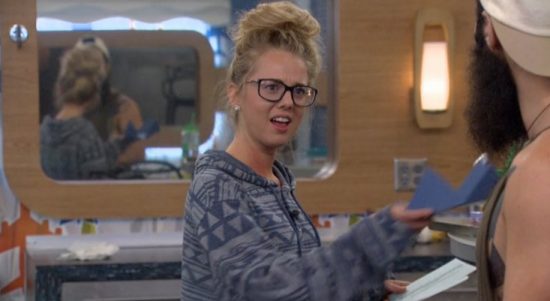 Nicole is super bummed about it. She claims it’s because she loves to watch Big Brother and I guess she’ll be busy this fall. Please. They’re all bummed BB18 is going to be old news in a week. At least 2/3rd of the final 3 was able to enjoy the post-season fame while still being relevant during their seasons. Poor Paul is going to leave the house thinking he has all winter to promote his clothing company, when in reality the fans are all moving on.

Sucks to be them. Just kidding. 2 out of those 3 are making at least $50k in a week, and the 3rd (James) will probably still make that much money traveling around doing “meet & greets”.

Now is a reminder, join the live feeds so you can watch the next season!  Or, simply stay here. I’ll be updating like I always do.