Reminder – Big Brother Is On Tonight 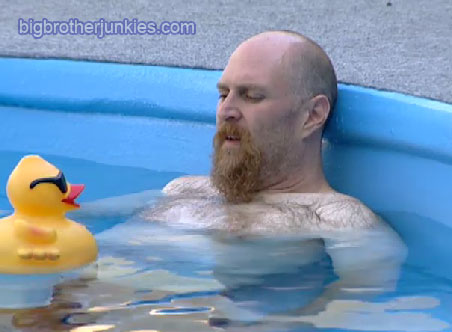 Just a reminder, Big Brother 13 is on tonight at 8pm EST, instead of the 9pm EST it was, and appears will be on Thursdays.    It will also be on at 8pm on Wednesday night, so make sure you set your DVR’s, or just watch it while it’s on.

Tonight, they will reveal who Rachel selected as the first nominees for the season, so you don’t want to miss it if you were somehow able to avoid the spoilers already.

Today has been a quiet day, with the houseguests mostly lounging by the pool and talking about who they thought was hot from seasons past, but still entertaining to listen to.  If you haven’t already, be sure to pick up the feeds and get addicted with the rest of us.  It also helps a good cause, it supports Big Brother Junkies!   Isn’t that good enough?