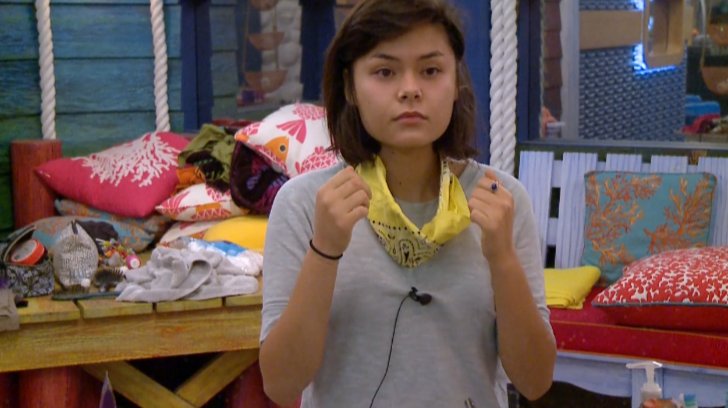 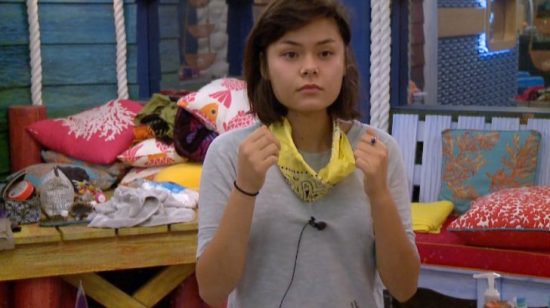 As Amy touched on during her overnight report, last night, the house had an intervention of sorts for Bridgette. Paul was the one who sat her down and told her things like Frank is actually campaigning against her when he said he wouldn’t. In addition to exaggerating what Frank has been doing, he spent the better part of the hour acting like he was a stereotypical interrogation officer. Like, not the kind you see in real interviews while watching ‘Dateline’ or ’48 Hours’, but the kind you see on movies.  He let her know that nobody in the house likes her or Frank, or her attitude, and really kept hammering points like that home while simultaneously playing ‘good cop’ by telling her she can trust and work with him.

It was really a bizarre situation, and pretty painful to watch, but I guess that was Paul’s version of ‘calling out Frank’ like he was threatening to do all day. Although, by the way he made it sound, Frank would actually be in the room when he ‘called him out’, but I guess cornering his ally and beating down her esteem was the same thing. Right?

Bridgette eventually chatted with Frank, and they seemed to have worked things out, but I think the damage has been done, and it doesn’t sound like it’s through. Just this morning, Natalie had a brief talk with Michelle in the bathroom, and they talked about how Bridgette was essentially crying in the corner last night not sure what to think. Natalie said she wanted to wait until Frank left before shitting all over him, but I guess they’ll have to do it early. It is indeed easier to shit on someone after they leave the house and can no longer defend what has been said.

I will be around all day covering anything that comes up, so stay tuned!

Also – People have been asking about a fall series of Big Brother. I am looking into those rumors, but right now there is more evidence than not that leads me to believe a show will happen in some form. It sounds like if it were to happen, it would be exclusively ‘All-Access’, a shorter season, and my guess would be a different ‘vibe’. Again, if it’s true, there is a different casting person, so we may actually see a different type of cast other than a house full of models mixed in with 1-2 “superfans” and 1-2 old farts like myself.