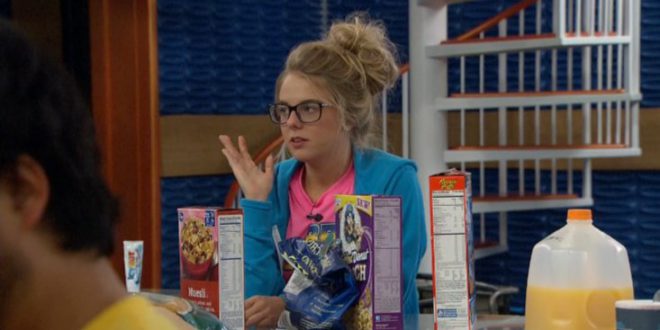 Round 2 Complete – Bring On Wednesday 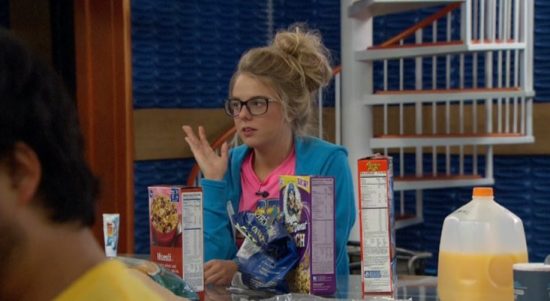 3 hour drive and a nap later, and I’m ready to go. Finally home, and finally catching up on Big Brother.  It appears I was wrong about the comp being held today rather than yesterday, but whatever, I’m allowed to be wrong once, right? 🙂

Last night they had the competition, and to the surprise of nobody, Nicole won. Heck, even my cat looked at me with a sarcastic look when I told him she won… like ‘no kidding, bro. Now feed me, bitch’, and I was like ‘woah, is that anyway to speak to me after I’ve been away for 2 nights?’.  Shit, I’m sitting here writing about how I talk to my cat.

Yes, Nicole won round 2 which means she is set to square off against Paul on Wednesday night. It is unknown if he threw the comp, but James has allowed his fate to be sealed by one of the other two people in the house. That puts a nice bowtie around the absolute pathetic thing that can hardly be described as a season of Big Brother for him. It was more like summer camp, even with the crush on the girl who clearly ran out of options but didn’t want to spend the summer alone. He mostly spent the entire summer trying to repeat as America’s Favorite, and that was pretty clear throughout the season. It was actually extremely annoying as whenever he spoke about himself, he almost always had to throw that in. I believe he told Natalie a bunch of times “look on the bright side, you’re a bigger threat than America’s Favorite” (something to that extent).

Please let Victor win this season because I don’t think Texas is big enough to contain James’ head if he repeats.

Now, the question of the week is who will actually be in the final 2. Paul, Nicole, and James have this weird thing going where all 3 of them will apparently be in the final 2. They have all basically told each other in private that they’re working together, so the big question will be who is telling the truth….

Now, I know some are going to read my comments on James and think I’m referring to the ‘laying low’ strategy that was done by players like Ian, Steve, and Dan in recent seasons. That’s not floating, it’s a legit strategy that you basically sit out the first half of the season while you allow the loudmouths to pick each other off. When they’re all gone, you step in and control the game.  Those guys did that, James didn’t come close to that. Nicole did, however. Showmance aside, she played the game how a veteran should, and I really won’t mind if she wins. Paul is pretty set for money anyway, it seems.  The guy has a business going, lives in a big house in LA, and has connections everywhere. He’ll be ok. Not that I think that should have an affect on voting, but just like Vanessa, it does help ease the blow to know that despite a loss, they’re not going to go home to nothing.

Does this mean Paul can’t beat Nicole?  No. I really think if they are in the final 2, it will be a 5-4 (or 6-3 at worst) decision, I just can’t quite figure out who will come out on top yet.

Another note – Julie Chen did a pretty awesome interview that I’ll be posting about later. It’s rare to see the Chenbot so candid, so I need to talk about that, #butlater.

I blog stuff about Big Brother
Previous Nothing New On The Comp Front
Next Final Sunday Of The Season; No CBS Episode Tonight
Subscribe
Login
97 Comments
Newest
Oldest Most Voted
Inline Feedbacks
View all comments