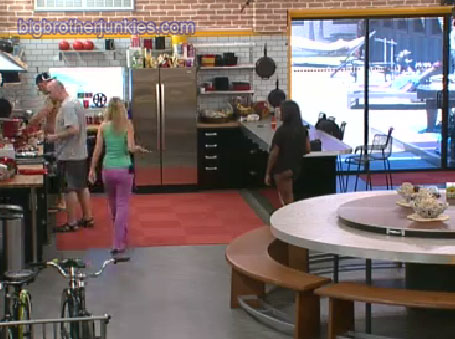 So the house is live and kicking right now, with people chatting in the kitchen, Daniele and Jordan taking showers, Adam and Jeff cooking lunch for people, and the rest of the house playing the game.    Some spoilers after the jump…

Outside you have Cassi and her new buddy Lawon chatting up Rachel and Brendon about trying to get Porsche out, and Keith campaigning his ass off to Dominic. 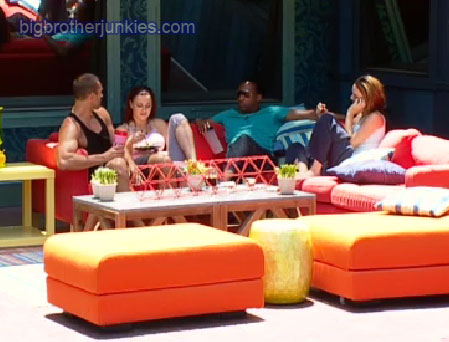 1:17 PM – Porsche and Keith in the room together trying to clear some of the bad blood that has been brewing a bit between them.   It’s been a rough week for the newbies first time on the block.

1:23 PM – They’re still talking, Porsche is pretty much throwing the rest of the original 8 under the bus to Keith, also called him on his friendship with Cassi. 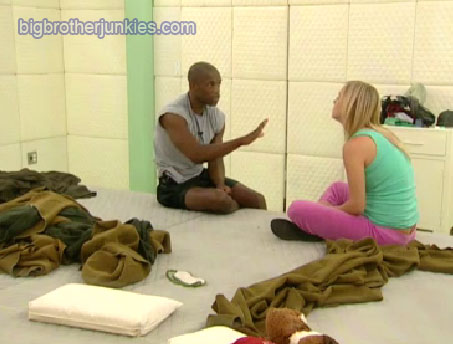 1:28 PM – Kalia putting on her makeup, but wouldn’t it be easier to use a lower mirror? 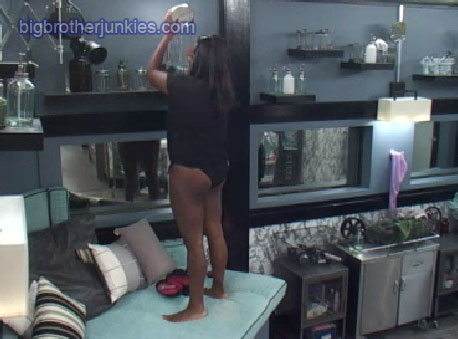 1:37 PM – Dominic talking with Jeff and Jordan by the pool, they offered to have him come with them.   This original 8 is crumbling so fast around the vets, I can only imagine if Dick were still there.

1:42 PM – Jeff is cluing Dominic in that the original 8 aren’t as strong as he thought, and the only reason the 6 vets are together are because the 8 forced them into that position.  He didn’t know Brendon and Rachel before entering the house. 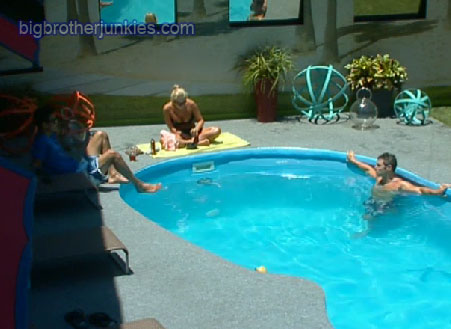 Note, I’m jealous they are hanging by the pool today while I’m stuck inside  ugh.

1:50 PM – Watching Dom talk to Jeff, Jordan and Brendon is like a mouse trying to convince three cats not to eat him.

1:55 PM – Jeff tells Dominic isn’t almost better to vote out someone like him who “draws a line in the sand” opposed to people who act crazy and keep the house in disarray.  He’s right, like we’ve seen countless times, the crazy people (Phillip Shepard) remain in the game longer. 1:58 PM – Dominic says Adam would suck off Dick if he could right now.  I wonder if he means HIS dick, or Evil Dick 🙂

2:04 PM – Meanwhile, in the other side of the house, Cassi and Shelly are entertaining Lawon with their dancing. 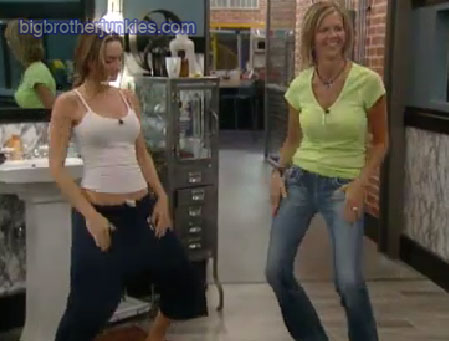 2:10 PM – Kalia has joined the pool crew, but now the conversation has turned to random things, including the huge ball of hair in the pool which is a national emergency.

2:14 PM – Adam and Cassi whispering sweet nothings in the bathroom, I assume about Keith, but now that conversation has broken up.    Shelly asking Dominic if he has to go ‘potty’ .. serious?

Dom is now filling in Cassi on how he basically was eaten alive outside by the vets. 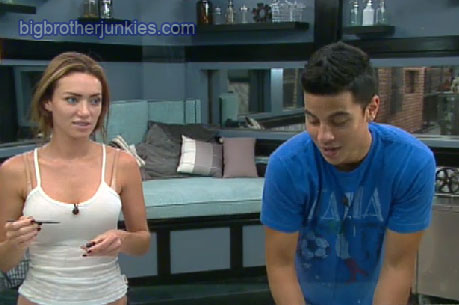 He also said those three wanted Dom “bad” haha..  sounded like the opposite from what I heard.

2:31 PM – Now he ran to Daniele to tell her about his experience outside and how they were trying to recruit him.   He’s digging his own grave at this point.

2:23 PM – Keith begging to Rachel about taking him off the block, and saying he’ll stay loyal to her if she does

2:26 PM – A deal could be in the works with Rachel pulling team Keith/Porsche with the power of veto in exchange for them not putting any veterans up for the next few weeks. 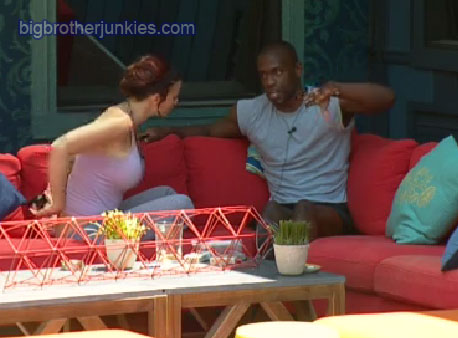 Rachel is now discussing the option with Brendon, trying to decide if they can trust Keith.. the guy who throws his alliance members under the bus.

I am thinking the week 1 HoH victory by Rachel may be the biggest factor in the tone of the house this season.   Winning the veto was the icing on the cake, but that initial victory may have put the veterans in the drivers seat through the summer.   It will be interesting to see if the noobs can pull something out of their ass.

I’m going to take a break live blogging for now, a lot of good stuff still happening on the live feeds, so make sure you get them now for a 3 day trial.