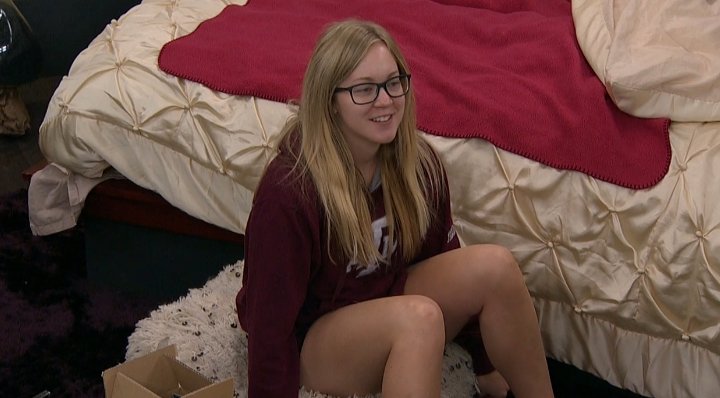 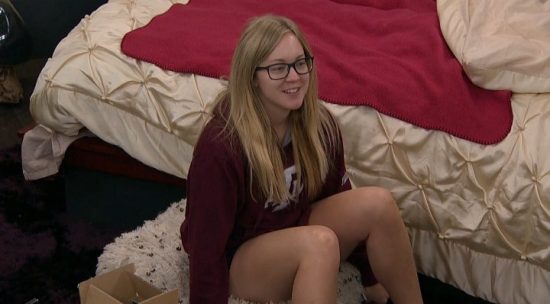 First, my stupid screenshot add-on for Chrome decided to bug out today, and now does some weird page zoom when I try to SS a selected area (Anyone use Nimbus app?). I need to find a new screenshot tool because the current way I have to do it sucks.  I tried using BBViewer, and while it is a neat little app, there were no settings for screenshots that I could find. They saved in PNG format at 1MB each, which would slow the site to a crawl if I uploaded images that big.  So, any recommendations, or if you know how to change the settings for BBViewer, let me know!

Ok, back to the show.  Yesterday, Scott received the care package, and the house was very torn. The LNC (late night crew) seemed happy because they thought it was a pretty bad care package, and useless in Scott’s hands. Kryssie went on and on during her DR session how everyone seems to love the LNC and how we’re all voting to help them. Sorry, Kryssie, but the LNC lost support when Danielle told her ‘suicide dog’ story (For those wondering, she told a story how she thinks her dog committed suicide. She was actually neglectful and didn’t notice the dog wasn’t eating for a week). Meanwhile, Scott was very thankful for the package and likes that he’ll have control over that this week.  If he didn’t, there was a chance someone could play for the diamond power of veto which could potentially give the ‘other side’ all the power in the veto ceremony depending on who won.

Receiving the CP did change Scott’s plans for the week, but his end goal is still the same. He wants to split up Shane and Danielle, but now has to do some weird double backdoor type of deal to get that done. He will be using the double veto option and placing Kryssie and Neeley on the block, both as pawns. He wouldn’t mind if both of them used the veto on themselves which would free him up to put Shane and Danielle as re-noms. It also makes 2 less spots for the couple to play in the veto and win that power.  There is probably a good chance that one of the plastics will be America’s Nom because everyone loves Jason for some reason, and if that happens, that leaves only 2 slots available with 7 eligible players.

It’s still a longshot because – once again – America’s vote will come into play, and all these strategic moves could be for nothing if America teams up with the LNC and votes out someone like Alex or whoever America nominates.  I won’t bitch about that until it happens, but if it does, I’m going to be severely disappointed to see two straight weeks of potential big moves be wasted because they put a vet in the cast and gave America power.

Anyway, up today is the HN reveal at 1pm and first few safe at 7pm