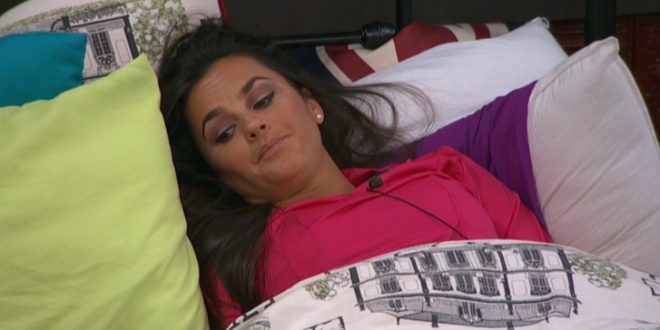 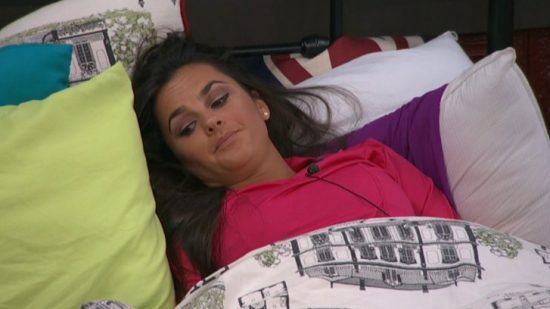 Last week, I complained about Michelle basically rolling over and not doing a damn thing to save herself. She spent the better part of the week sleeping, or under her cover when she was awake. However, after watching James and Natalie these past few days, I am beginning to miss last week. I understand they’re upset that their game is shot, and James is walking out the door if he doesn’t win veto (or next week if he does save himself this week). That is natural to be a bit bummed, but listening to them talk to each other is painful. They’re upset at Corey and Nicole for not sticking with the final 4 deal, even though James has broken his word numerous times this season. James is upset because they would have been in good shape if not for the jury buyback with Victor returning. Natalie is walking around like someone just died.

Take some responsibility for your game. James had a dose of karma slap him in the face this season, and he needs to accept that. During the first wall endurance competition, he was sitting pretty and had no problem ‘bouncing a check’ when he promised Bridgette and Frank safety. During the second wall competition, James had the chance to win it and control his destiny, but he threw it away when he jumped off to hand Nicole the HoH. Ironically, he told Natalie today that he planned on putting Corey and Victor up had he won, and replace Victor with Nicole should he save himself. I don’t know if he’s just talking in hindsight, but he’s not only admitting he screwed himself by not taking the first shot, he is saying he would have went back on his f4 deal with NiCorey. Mind blowing.

Now we get to listen to Natalie and James sit there and blame Corey and Nicole all week.  James wants to walk by them all week and say ‘dead man walking’ to make them feel bad. He wants Natalie to give them a guilt trip for breaking their f4 deal (first). He wants to say something in one of his two speeches to call them out on national TV. Again.. take some responsibility for your game. Just like she did to Michelle, Nicole beat James at his own game. She’s better at Big Brother than either of them, and that’s just a reality he needs to accept. I know many don’t see it because she’s had her head up Corey’s butt all season, but she is secretly having a pretty good season.  The jury may be bitter, and she probably won’t win because of it, but she came in (just like James, Frank, and Da’Vonne) with a huge target on her back, and likely made the final 4.  She gets kudos from me.

With that rant out of the way, feed updates: