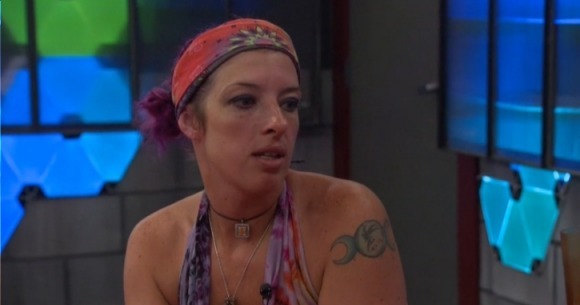 Should Brett Make A Big Move This Week? Plus Wednesday Feed Updates

In what is the last full day inside the Big Brother house for either Rockstar or Kaycee, today we will be monitoring to see exactly which one that will be. While it appears to be Rockstar going home, stranger things have happened.

I have been doing a lot of thinking this week and wondering if Brett should really go along with the secret alliance plan with Rockstar.  I know it’s crazy, but this is the part of the game where people need to seriously start considering the person they’d like to sit in the final 2 with and I think Brett may really want to consider RS as that person. Right now he is currently sitting in a fantastic position where both sides almost completely trust him (the hive does have questions on him but that can be resolved this week).

I, this will be the perfect time for Brett to vote to keep her. It will cause a tie which Haleigh will break in favor of RS. Brett can very easily blame it on Sam or JC and nobody is really going to question that. Brett can once again sit in the back and watch Haleigh and Tyler go at each other while remaining safe because neither side really has an interest in kicking him out. In that battle, either Haleigh or Tyler will be gone which will leave the house down to Angela, Brett, RS, Sam, JC, Scottie, and Tyler or Haleigh. Brett can keep up appearances that he’s still with L6 should they win the HoH can work with them on getting out another target (Scottie).

This can go back and forth for a few weeks until the only players left are Sam, RS, and Brett.  Brett can easily beat both of them to win the final HoH and decide who to take to the final 2 with. Obviously that would be a tough decision as both have friends in the jury house and he’d have to evaluate their seasons to that point, but he would most likely have the votes of L6 and would just need a handful more jury votes to win it all.

Update on post – What I meant to say above was that if Sam or JC choose to keep RS.  My mistake!
Second update – My brain wasn’t working right. What I was thinking is not what I wrote. What I meant is that if one of Sam or JC vote to keep RS, Brett can also vote which will allow him to blame them. If both vote for RS, it will be much harder to hide his vote. If neither vote for RS, it will be irrelevant as she’ll only have 2 votes.  Messy situation

I know this is a crazy idea, but it’s an idea that probably should happen if Brett wants to win this game. Thoughts?

I’m going to be wrapping up this thread and starting one for the night. Mostly to retract my Brett statement and talk about the CBS episode (if there is anything to talk about)