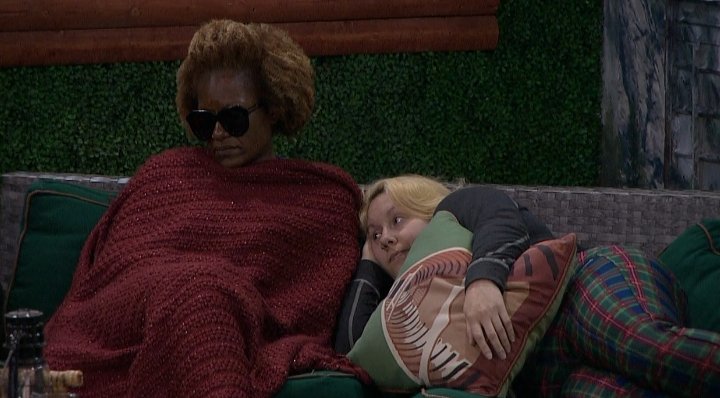 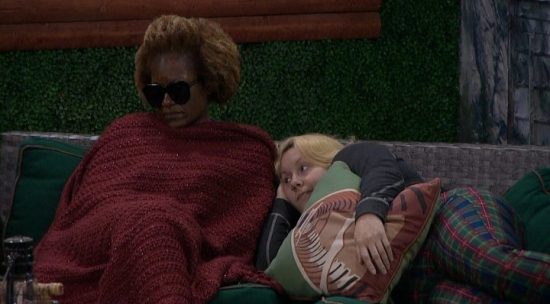 It’s Sunday, which means the slow crawl toward the beginning of a potentially cool move is underway. Depending on who you ask.

To summarize, Scott was given the care package this week where he has to pick the veto reward type. Diamond, Double, or Boomerang.  I explained each type a few times, but needless to say, Diamond sucks because Scott would essentially hand over the power to the PoV winner. No need for that. That left the other two which could result in 2 people being pulled from the block.  One by one winner (boomerang), the other by two winners (double). Alright, I guess I explained it again, oh well.

Scott have to try to make the best of a pretty crappy situation because with poor planning, it could easily result in some floater like Kryssie leaving (though that would be nice), or one of his allies. To be fair, thanks to America’s Vote, one of his allies will likely be nominated and voted out, but I won’t focus on that until ti happens. For now, let’s pretend it won’t.

The main target of the week is the showmance (Shane/Danielle), but with all these different veto scenarios, we could end up in a situation where neither of them are sitting on the block come Wednesday night. So, Scott had to be calculated with his decision and is going to go with the double pawn move.  He’s likely nominating Kryssie and Neeley in hopes either (or both) will win veto and use it on themselves. This allows Scott to renom Shane and/or Danielle.  It’s a smart move, and that made it even funnier to listen to BBExpert Jason trash Scott’s overthinking of it. Unless he was just humoring the Late Night Crew, Jason is completely wrong here. Scott should be overthinking moves and should be trying to put the odds in his favor as best he can.

It’s like poker and why there are professional poker players in a game of ‘luck’. While poker will always come down to luck in the end, the better poker players stack the odds in their favor by being able to read others, folding, holding, and their bet amounts. Yes, a person with pocket aces can lose to the guy with dumb luck who goes all in with a 6&7 and gets a straight, but odds are more in favor with the guy with pocket aces which allows them to either be aggressive and go all-in right away or wait to see how the cards look and bait people into bidding more.  Wow, rambling.  I talk like I’m an expert at poker – I’m not. I just understand the concept of taking a luck-based game and increasing your chances of winning it.

Does Scott know who will win veto? Who America will nominate? Who America will vote for? No. But, it would be stupid to haphazardly just throw names out there and hope everything falls into place. He can do his best to account for any variable that comes across that he can control.  Point of my long rant? Scott is smart, and Jason is not. Unless Jason is just humoring the LNC as I mentioned he could be. He (Jason) was part of BB17, co-won the first HoH with James, and tried to use the flaw in the Battle of the Block competition by nominating weaker players so one side ‘throws’ it.

I was going to do some updates, but when I realized I just wrote an essay which probably reads like shit. I am crunch for time as I am running out for a few hours, so when I return, I will start a live update thread that will cover the final noms.