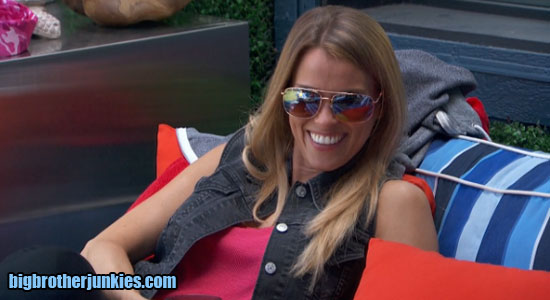 Shelli is sitting pretty up top

This is the smallest weekly change in the Big Brother power rankings this season. Shelli and Clay remain up the top, and almost by far at this point. If I could put another few spaces between them and the rest of the house, I would. They are part of the strongest alliance of the house, yet nobody even remotely suspects it. Meg runs to clay to tell him about the rumors of this big alliance.  Clay and Shelli sit outside with the floaters as they talk about how they’re going to split up Liz/Julia/Austin. At this point, their biggest threat is Vanessa as I think she’s the only one smart enough to see they will get in the way of her winning this season.

I tried to give the bottom some love, but I just couldn’t. Audrey gave them a golden ticket with the information she provided this week, and James seemed to buy it until Jackie got along. Jackie, the same person who is still denying the twin twist, is the one who shrugged off the power alliance, and James floats like a flower in the wind, so the thirty minutes he was growing a spine quickly went away. These next two weeks are absolutely crucial for the bottom of the house. They still have a chance to listen to Audrey (even though she’s guaranteed to go home tomorrow night). However, if they win the HoH and actually believe Audrey, they will have one shot to put the numbers back in their favor.  If they don’t, Julia will join, and they’ll be pegged off one at a time.

Here are the Big Brother rankings this week…