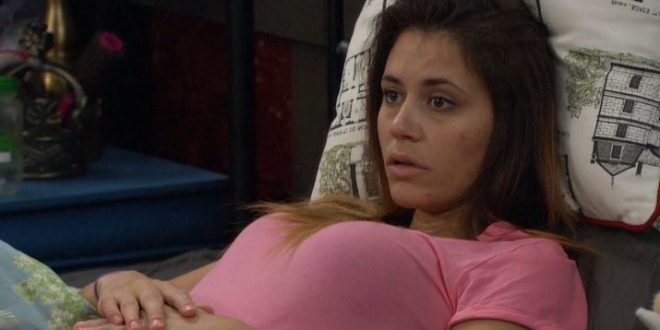 Will She Stay Or Will She Go? Feed Updates 7/13 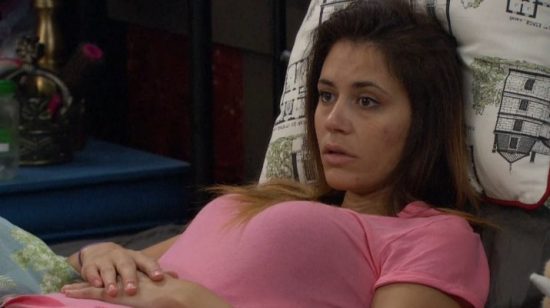 Good afternoon, everyone. It’s the eve of a potentially exciting post-eviction feed (finally), but at this point I am not sure who will still be in the house when the feeds return after the eviction show tomorrow night. Up until yesterday, Tiffany was pretty much a lock to go home (well, by home I mean that battle), but it appears Da’Vonne has something else in mind, and that could be bad news for Bronte.

I can’t really say I understand Da’Vonne’s thought process here, especially considering this is basically the blueprint how Vanessa survived the early weeks last year. She played a very emotional game, then basically promised to go after tougher targets in order to remain in the house (I think, unless that was someone else. That strategy is pretty common on reality shows, yet people fall for it all the time). V2 (Tiffany for those who are new) promised people that if she remains in the house, she’ll be going after Frank. Despite wanting Frank out, Paulie was not falling for that so easily as he pretty much knows everyone wants Frank out at this point, so using V2 is pointless. Plus, in the long run, if she’s anything like her sister, she’s going to come on stronger as the season goes on and become far more of a threat than anything Bronte can do.

That leaves us at a crossroads in the Big Brother house right now. On one side of the house, you have Day pushing for V2 to stay, and the other side, Paulie is saying it’s a bad idea. In the middle, you have people like Nicole and James bouncing around depending on who they’re talking to. After conversations with Paulie, it sounds like V2 is screwed. When they go back to Day, V2 is safe. When they’re alone, they don’t know what to do. Deep down, they know it’s a better idea to get V2 out while they can, especially considering what it takes to get that done.

Put it simply, if they go with Bronte, Frank will know and he’ll instantly be on guard and likely try hard for the HoH. If they keep with the plan to push V2 out, Day will be upset, but they can still lull Frank into throwing the HoH because he feels he’s in a good position. As a gameplay move, it’s a no-brainer to get V2 out now, lull Frank into comfort and get him out next week. That bangs out 3 strong competitors in 3 straight weeks (including Victor). If Da’Vonne keeps pushing to boot out Bronte this week and gets her way, we’re going to quickly learn why she was the only returning houseguest to go home second and not even sniff an award (like America’s Favorite).

I’ll keep monitoring the feeds to see how the house leans today. Should be interesting.

Side note – Still looking for a writer, so contact me if you’re interested and we can discuss duties, etc.