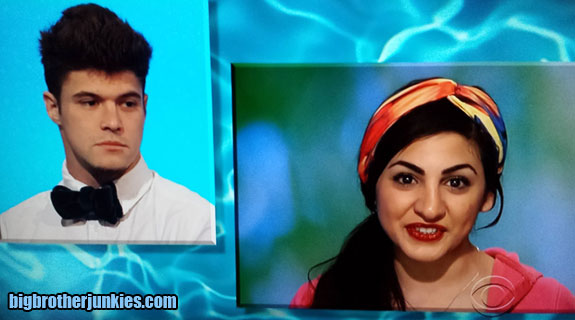 The Summer Of Zach Is Over – Eviction Recap 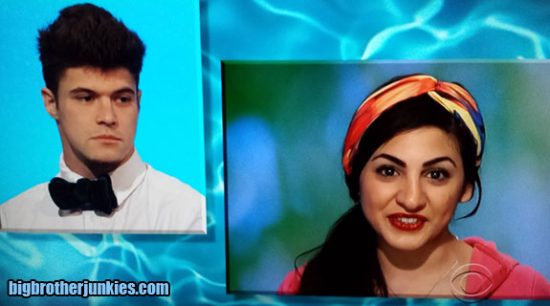 All good things must come to an end, and tonight it was the summer of Zach Attack.

Zach brought up some good entertainment, and quickly became a fan favorite with his outspoken personality and general charm, when he wasn’t insulting people or fighting with other houseguests that is.  He has recited poems as a nomination speech, created terms such as ‘fruit loop dingus’ and ended his season by showering the house with fruit loops before Julie even finished calling his name.

The big news of the night was the fact that Zach was able to turn around and re-enter the house for one last chance to stick around.  He along with the other 3 jury members (Jocasta, Nicole and Hayden) had to compete in a game where they slid discs down a ramp and tried to get as many as they could on a spinning middle item. As a tiebreaker, the person with the closest disc to center wins.

It became a fairly close competition and Jocasta even had a 1 disc lead over everyone around the middle of it, but on the last throw, it was nearly a 3-way tie with Zach’s final disc not completely on the center board. Had he pushed a little harder, he would have won the tie breaker over Nicole and Jocasta, but he did not. Instead, Nicole emerged victorious, much to the disappointment of the other houseguests.

Julie finished the show doing the ALS water challenge (many people pointed out the lack of ice, but whatever). What shocked me was how she completely changed the challenge game and spun it on it’s head.  Instead of nominating 2-3 people, she decided to nominate every former houseguest who ever played Big Brother.  That’s how you do it.

Read more of my Big Brother recaps at OK Magazine!