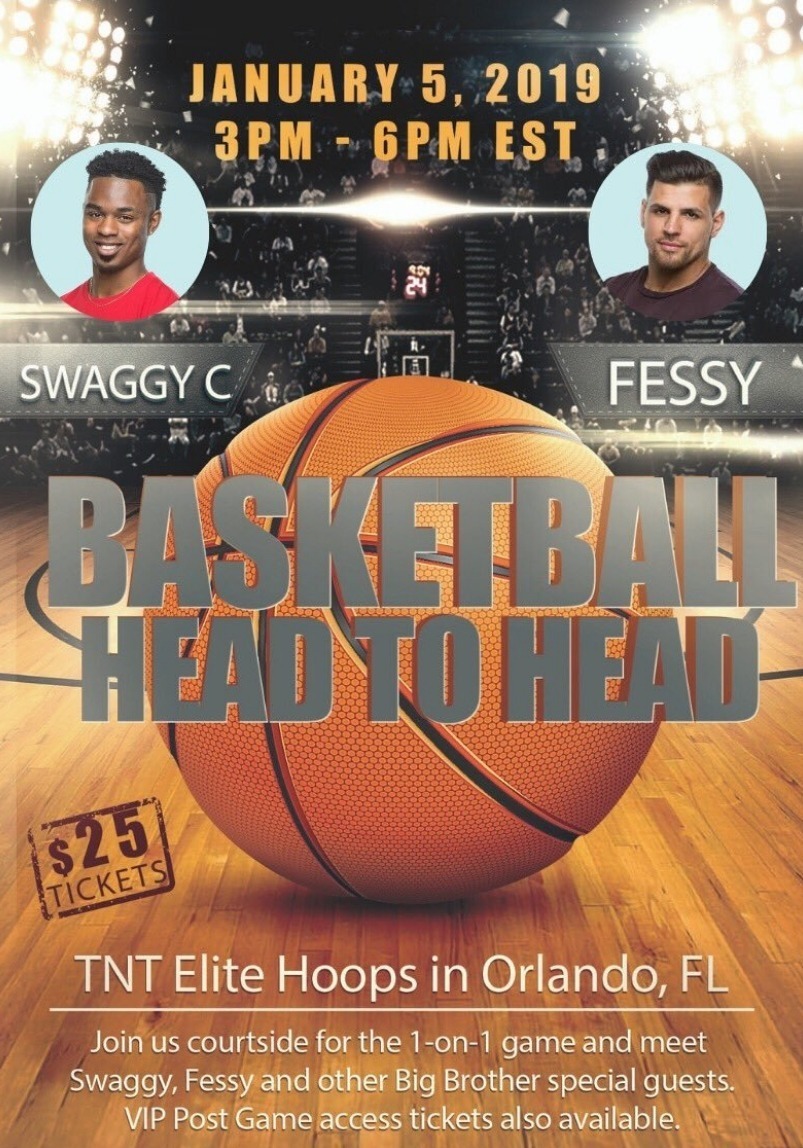 If you have been following former houseguests on Twitter, you’d know that Swaggy and Fessy had some one on one basketball game they were hyping up for a while. When Kevin (BB19) was diagnosed with cancer, a lot of the Big Brother community came together to support him, and that included Swaggy who turned the event into a charity event.  In fact, Swaggy’s current Twitter header actually says ‘fundraiser’ in it for the event:

There was no mistaking that the event became a charity event. That very very clear with mountains of evidence all over Twitter mentioning it.

Kevin went down and attended the event as well as Scottie, Rockstar, and Haleigh.  It was all fine until this tweet dropped the other day from Kevin’s daughter:

there was a fundraising event for my dad that is STILL recovering from cancer. they charged people $15 to watch it online & hundreds of people paid to attend. they sent him $500 after using him having cancer to get people to come and watch online when they made THOUSANDS.

That’s quite a claim, but it didn’t receive much attention for a few days until the retweets happened. When they did, it got back to Swaggy who not only had a reply, but created a video on Youtube explaining about it (the video has been deleted).

Seeing as the video is deleted, I can’t do specific quotes, but I’m going to go by memory with a few key points and if anything is wrong, please let me know so I can correct them:

Now, for some math:

Out of $19,000 in total gross from those two places, they should be down to $17,219. Unless I missed something somewhere, I’m not sure why he would say each one took a few thousand dollars.

Other expenses would, of course, include airfare for everyone as Swaggy did show that he sent Scottie money for his ticket. That was one of the receipts he indeed showed, so I assume he covered everyone’s airfare and lodging which would be expected. I don’t know how much all of that came out to nor am I going to even try to make any guesses.

Note – I am not here to judge whether or not Scottie, Rockstar, or Haleigh even needed to be there as their names were not listed on the event page as official meet and greet people, but that’s something for them to worry about. My goal here is to see if anything fishy went on.

Here is where the situation gets sticky. This is the claim by Swaggy:

He claims that is a 60/40 split but I am not seeing where that adds up:

Another thing, Kevin allegedly received only $500 of the $800 as the remaining $300 was for his airfare. One question I do have is why was Kevin’s airfare not included in the expenses report with Scottie, Haleigh, Rockstar, etc?

There are a lot of unanswered questions to this situation, but right now it seems like we have these major questions:

Now, there are a number of weird issues with this, for example, the morality of even trying to decide what to do with the money once Kevin was cancer free. If the money was for his bills, they didn’t go away when he beat the disease.  If the money was for charity, Kevin’s status as an active cancer patient should be irrelevant. Cancer itself wasn’t beaten.

Another thing, the issue of whether or not the event would have done well without bringing Kevin along in the first place. A fundraiser for a person or charity is typically just that, an event raising funds for that cause. The difference between a fundraiser and a regular basketball match also is important for tax filing status.

I understand a number of issues have come up as excuses on Twitter for why Swaggy is being attacked over this, but my main issue is merely the numbers do not even come close to adding up.   I reached out to both sides for more details but did not hear back from either, so I am going by whatever information is out there and right now it does not look good for Swaggy. If he wants to reach out to me to show me actual proof of expenses and percentage agreements, I’d love to see them and try to clear this entire thing up for them.

I was able to re-watch the video!

So his overall breakdown from $19k

Now I have more questions…