Travis
Evicted
Home » Big Brother 13 » Someone Tap On The Glass

Someone Tap On The Glass 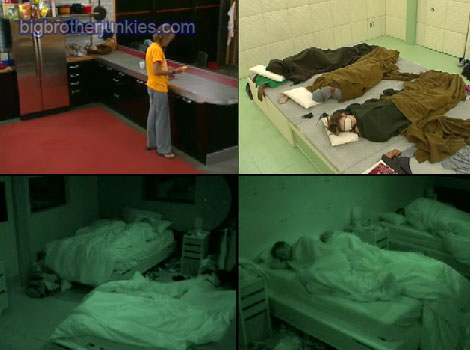 Going to do some running updates in this thread until something interesting happens that requires it’s own post.

10:11 AM – Houseguests still sleeping except Shelly who is doing stuff in the kitchen.   Wake up!

10:18 AM – Adam is up and talking with Shelly about how Keith has dug his own grave, also noticed Dominic and Cassi have become close.. but now he’s going back to bed.   Well, that was exciting.  I may have to alter my hours if all the action happens overnight. 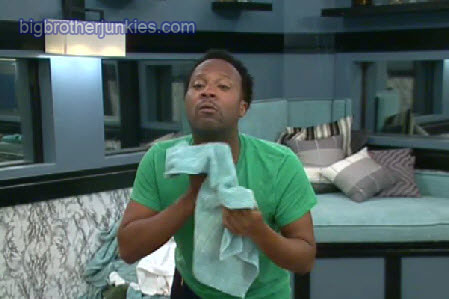 11:04 AM – Watching Shelly clean is putting me to bed.  Going to stop watching for a bit and check back later.  Hopefully they’re awake by then.. slackers!

11:30 AM – Wake up call from Big Brother has the house stirring.   Cassi, Keith and Adam hanging out in the bathroom talking about dreams.  Dominic is now up too 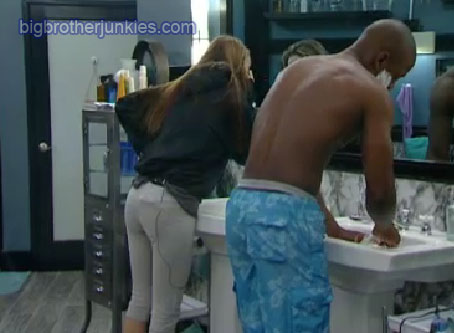 11:35 AM – Adam, Shelly and Cassi talking on the purple ice cream sandwich about the drama in the house, but they cut away for a few mins.  Serious?

11:40 AM – Three amigos still talking about Keith, saying he’s paranoid.  I’m gathering there was some huge blowup in the house last night, with Kalia perhaps?

11:42 AM – Now they’re trying to figure out if the Dick removal was intentional by the show.

11:48 AM – Dominic and Porsche in the kitchen getting to know each other a little better.  I wonder if she still has hearts in her eyes when he talks. 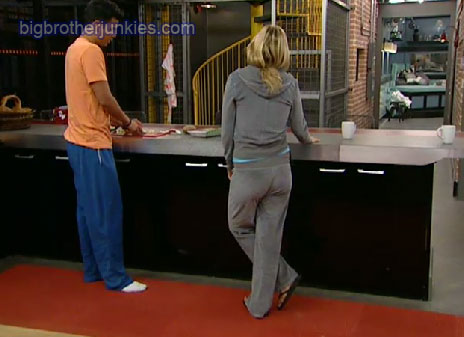 11:55 AM – Porsche and Shelly talking about how they won’t be talking about her nudity when they get out of the house.   I disagree.  She’ll slip up, they all do.

11:59 AM – Keith talking to Cassi in the bedroom about how Porsche was campaigning against him

12:03 PM – Porsche talking to Shelly about how Keith is pretty much a creep.  Hitting on her, then turns around and hits on Cassi.  Seriously, just get this guy laid. 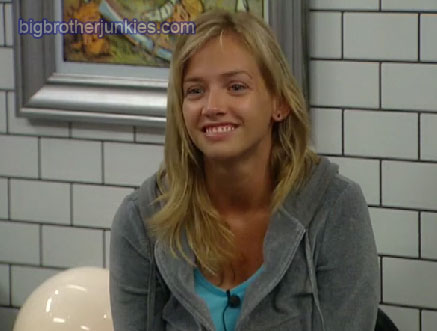 I see talk has slowed down to Porsche having sex with Mr. Demi Moore and Dominic having a crush on Taylor Lautner (which probably just crushed Porsche’s heart) but this is a good time to take a break.   Closing  up this thread, will open up a new one later when I can get some time to watch the feeds.  Hope you enjoyed!

BIg Brother 23 – The Tragedy Of Tiffany