The Domino Effect by Mell 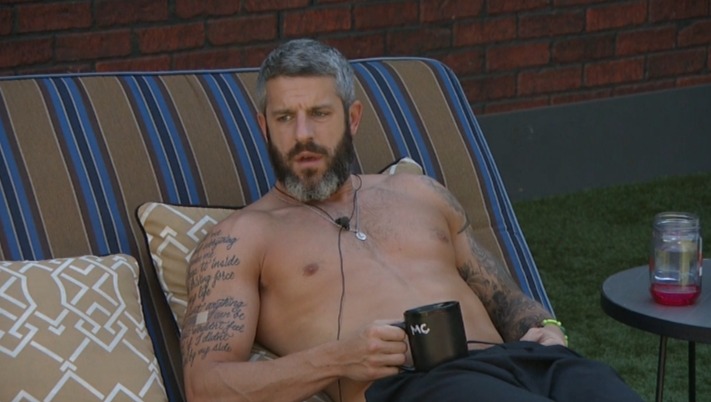 With only a couple weeks left in the season, it feels like we’ve spent all of it waiting for a big move to happen and I think we can safely assume that it isn’t going to. They only people who understood the move that needed to be made, weren’t any good at playing Big Brother. We’ve complained at length about how one person has changed the entire game from something we were excited about into watching paint dry. In order to prepare myself for Pauls’ win, I started trying to justify how it happened so I won’t be a bitter fan. (I will be for a day or two regardless) At the beginning of the season, Alison Grodner was asked why she cast Paul when so many fans are tired of returning houseguests.  She said that since it was only one person, it shouldn’t effect things too much for the people who don’t like it. (not word for word) Well, she was very wrong but it did get me thinking about other times this season that one person could have changed the game too.

Big Brother is like other games except this one uses people for the Dominoes, the Chess pieces, the puzzle pieces, etc. There is more that one path to winning and the game changes depending on the moves that are made. If you change only one piece, everything plays out differently.  Paul being in the house changed the game this season and unfortunately, we’ll never know how it would have been played without him. Alex may have been just as mean without Paul and Raven would have remained Raven but what about other things? (I think Paul was coming in the house no matter what so I’m not going to speculate over Paul vs Cameron) I will speculate on other things.

If Megan hadn’t left, she may have been evicted on Cody’s hoh, then maybe Paul would’ve gone after Cody anyway or maybe he would have waited. Who knows? Let’s say Megan still quit but what would have shifted if Cody had talked to his alliance, wore them down and got them to see his point about Paul being a threat? Paul would have still been safe but Cody could have remained part of a large alliance and Paul wouldn’t have had the extra ammo to turn them against Cody. A bigger change could have happened if Cody had listened to his group and put Jason on the block instead of going after Paul. Xmas was in Cody’s alliance so if Jason was on the block, would she have even been riding him the morning she broke her foot? Maybe she would have been a tough physical competitor this season. There could have also been no Alex & Jason combo all season. If Jason was evicted and a few other things stayed the same with Cody being evicted, does Cody come back in the battle back or would it have been Jason? Who would have won all the comps Jason won if he was gone and didn’t come back? Those comp wins by whoever could have sent things in a different direction too. What if Jason wasn’t evicted but Alex had listened to him about needing to get rid of Paul early on? What if Jessica had put up Alex and Paul during her hoh? How would that have played out? There were other pivotal moments when the game could have played out differently.

I dont like how the seasons gone and I don’t like Paul’s game but he is only 1 person and his 3 weeks of safety has been over for a long time. The hg’s have been robbed of their chance to play the game by Paul’s sit back and don’t ask questions method all summer. Once they’re out of the house and out from under his spell, I wonder if they’ll regret it because most people don’t get the chance to do this. They did and gave it away.  Many players this year could have placed a different domino in their own game and everything could have changed. I won’t remember this as a season that I liked but I also won’t blame Paul if and when he wins. He only has one last big “vet hurdle” to get past this week to be sitting in the F2.

Double Evictions are usually big hurdles for vets to get over but Paul isn’t in any more danger Thursday than he was when he had safety. Josh may have figured out his game and his jury management strategy and normally that’s an “aha” moment for people but it didn’t help Josh because he couldn’t do anything alone. When he told his ride or die Xmas, she not only shut him down, she acted as if he needed to go to confession, wash his mouth out with soap and beg for forgiveness that it had ever entered his brain. It happened the same way it had a couple times in the past with Jason when he fought against Paul’s control and Alex set him back on the correct Paul path. It’s too late now and no one can move against Paul until the final 3 because if Josh won hoh and put Paul on the block, whoever was voting would keep him.

It is what it is and this is BB19. Lots of small things happen during any season but once its over, we lump everything together and remember each one with an overall vibe or theme. BB6 was the mean & competitive season, 15 was the racist season, 9 was the drunk & trashy one, 16 was the puppet season, etc. BB19 will probably be the cult leader season. This isn’t like in 16 when people didn’t know what Derrick was doing. Season 16’s hg’s THOUGHT they were playing their own game. The players this year KNOW Paul has ran everything and they like it that way.  They all think he’s truthful with them and lying to everyone else so they don’t care. They also think Paul is their best chance to get to final 3. He walked in selling “you need me” and they bought it.  The only surprises left for us will be to see if Alex wins something during the double or goes home, if Raven leaves before or after Kevin and if the jury gives Paul the 500k or if they’re bitter over being played. (I think they’ll give him the money because I’m not sure they’ll stop worshipping him even if they’re pissed at him) He worked for it and he’s earned it. He’ll still have the asterik by his name (in my opinion) that I’ve mentioned before because of the advantages but he definitely deserves to win and probably will.  (I secretly hope Josh can miraculously win at F3 and take Paul out because he’s the only one left that I think would do it) I could blame Paul for ruining my BB season but what’s the point? He only took what they gave him…the houseguests and production. I don’t like his nasty, mean spirited game but he didn’t exactly ask me to take a meeting before he entered the house to go over the game plan so I don’t have a say in how he chose to play.

Paul was given a weak cast to play against because they don’t want to rock the boat or even play the game, they want fame or are fans of his but if only one thing had happened differently, with many people and with many opportunities, we could have had an entirely different season. We didn’t get to have it and there’s no point in crying over spilled Armenian kool-aid. I’m going to finish out the season with a reserved curiosity while still hoping that someone does one unpredictable thing and plays just one Domino that Paul didn’t choose before it ends.