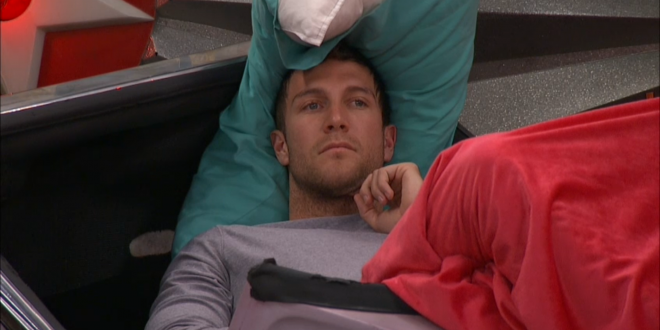 There’s discomfort and then there’s this ~ 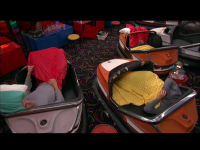 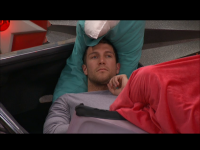 Hi!  Welcome to the afternoon snooze fest.  My name is Pam and I’ll be your guide as we try very hard NOT to join the houseguests in what appears to be an eternal slumber!  Hopefully, I’ll be able to help Amy out on the overnight shift and give you BBJ’s the morning flashback to all that’s going on inside the BB18 house.  I’m recovering for ankle surgery and since I can’t drive anywhere, this is a perfect way to make my recuperation a little more exciting.  So, sit back and enjoy the ride!

I’ve seen Corey in the bumper car before but I don’t remember seeing him from that overhead angle.  He can’t even stretch out good.  I feel sorry for the guy.  I’m not sure if sleeping on his back is the norm for him but if it isn’t, he’s not getting any rest.  No wonder he’s still sleeping in the HN room.  I don’t sleep on my back and this ankle thing screwed with my sleep patterns, which is why I’m up at all hours of the night.  It makes me feel like giving Corey a care package with another NoHN in it.  By the way, have you voted for the care package for next week yet?  The next care package is Eliminate Two Eviction Votes and voting ends 8/5 at 1 p.m. EST/10 a.m. PST ~ http://www.cbs.com/shows/big_brother/americas-care-package/

Had to take a little break to find some feed of the “real” kind but I’m back and ready to get the bb feed coming your way again!