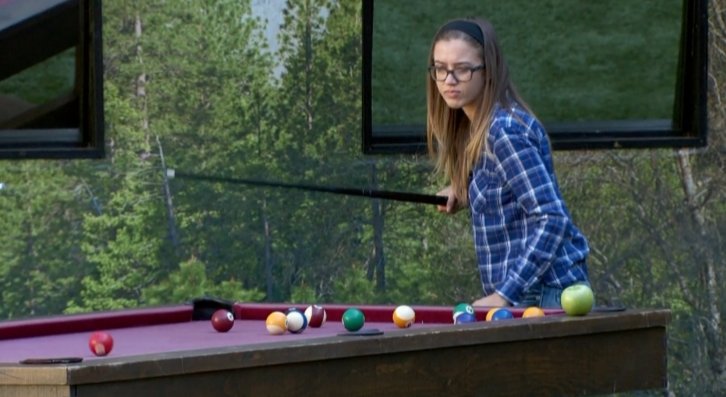 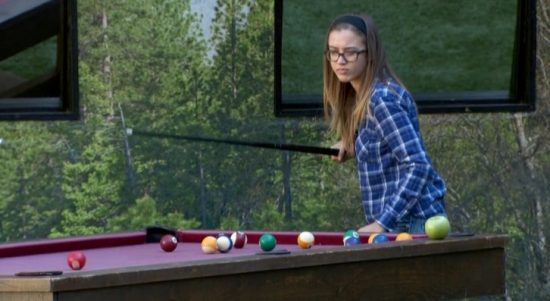 The power has shifted once again in the Big Brother house with a crucial win by Shelby last night in the HoH competition. It was the face morph comp, and pretty much the entire house struggled – except Shelby. Whitney couldn’t complete it in the 30 minutes she was given, Alex barely completed the puzzle at 20+ minutes and Kryssie couldn’t beat that number. It seemed like it was going to be a long night until Shelby went and shocked everyone in the house by completing it in just over 3 minutes. Quite an impressive feat for someone Jason has been calling a ‘hooker waitress’ and ‘prostitute’ all season long.

What happens next depends on the viewers because Shelby is only going to be given 50% power this week due to the care package. It is Co-HoH week, so Shelby will share her duties with either Danielle, Jason, Justin, Whitney, or Morgan.  From the sounds of it, LNJ fans are pushing for Jason while BS’ers are pushing for Whitney.  I say this not to influence votes, but to just spread the word so votes are not split.

Here is the link for the Care Package voting

Personally, I have stepped back from pushing for one side over the other because I’m back at the stage now where I just want some drama. I thought it was extremely unfair that Jason was put into the house in a season where America had so much influence, but I think he has worn out his welcome with many viewers combined with others like Justin stepping up to become fan favorites. This no longer guarantees Jason a victory if he’s in the final 3, so I’m happy about that.  Not because I don’t think Jason should win, it’s because I don’t think he should win simply because he has more influence outside the house. That is completely shitty to the people who played the game real hard while Jason spent the first half of the season smoking and talking shit about the rest of the house.

With that said, another reason I am easing up on Jason is because he has actually been playing the game more over the past week. He is reaching the point where if he wins, it will be because he played a better game than the rest, and not because he’s friends with Da’Vonne or has a bunch of twitter followers of his own. He survived the first few weeks when he was a big target, and has been able to make the rest of the house forget that he’s still a major threat due to America. That took a lot of social skills, so I give credit where it’s due.  Finally, with Whitney playing both sides of the house and spending more time with the LNJ, she has done a good job at lightening the mood of that side.  Before Whitney, the LNJ pretty much hated life, but now they’re finally starting to have a little fun and have dramatically calmed down on the 24h shit talk sessions.

I’m sure I’m going to take shit for my opinion, but that’s ok…