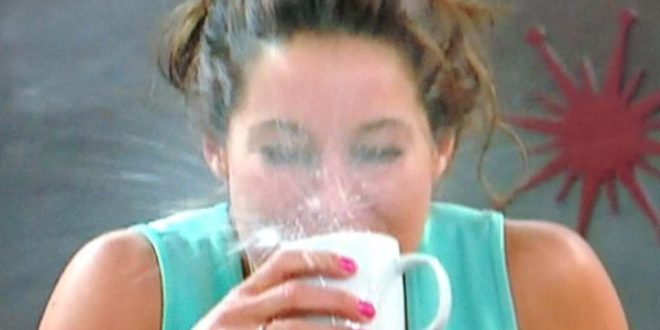 I’d like to welcome Rachel to the team! She is a huge Big Brother fan and wants to contribute with cool pieces like this. Please make her feel welcome!

Since most of the hilarious BB commentary usually come from the twitterverse, here’s a compiled list of the best tweets from this week’s episodes:

Tyler: Steve is staring at me funny

19. Winston being a hypocrite.

Winston “I feel uncomfortable with swaggy making gun noises. I’m going to confront him” MEANWHILE in his intro #bb20 pic.twitter.com/jt9TNGcyh0

Sam: now i am officially the first robot on the block…

17. The house is overrun with bros.

Too many fucking "bros" in the house #BB20

She referred to the Level 6 alliance as "Team My Dad's a Lawyer." I STAN A FUNNY QUEEN. BOW DOWN, PEASANTS. #BB20 pic.twitter.com/qLk6ZgJ6il

me sitting down on a saturday night to watch a robot campaign to stay on a gameshow #bb20 pic.twitter.com/FgSDRDigli

Faysal is worried about eating ham but he clicked the app that said “HAMAZON” and has a big ass ham on it..#bb20 pic.twitter.com/dShghKHKZT