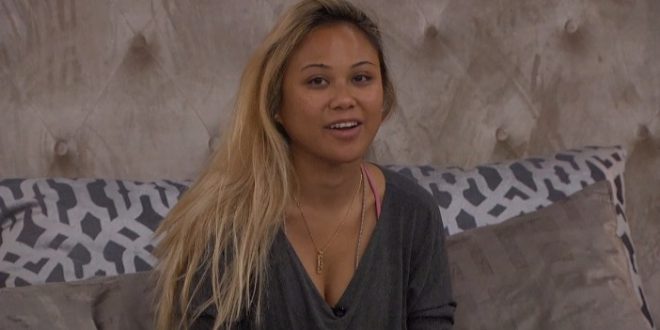 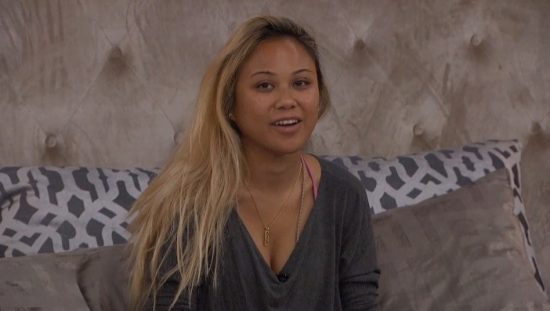 Good afternoon, everyone! I am home! Internet!  Finally!  Ahhhhh.

Enough about me.  With the house fairly dull after the very early morning blow-up between Paul and Dom on Saturday, I thought I may have been in the clear for at least a few days. I was kind of right because things appeared to be relatively calm on Saturday and Sunday, but yesterday afternoon tempers flared once again.  Fortunately, it was during a period where I was stuck in the hotel room due to rain and was able to capture a bit of it. Quick summary; Somewhere deep inside Mark’s brain told him that throwing a glass full of pickle juice and hot sauce on someone he was not really close with (Josh) would lead to a fun food fight that everyone ended up laughing and singing around the pool holding hands.

However, when the glass full of stingy juices hit Josh, they splashed into his eye and he freaked out.  He got some ranch dressing and hot sauce (note – ranch dressing is awesome and I can take a bath in the stuff) and gave Mark a little taste of his own sauce (hmmm).  Seeing as things were all going to plan for Mark and his potential food fight, he was all happy and ready to hold hands but Josh was having none of that shit. This unleashed a tirade of anger that he (Josh) has been holding in for a solid few days now and started ranting about being disrespected, never talking to Mark again, and how Mark betrayed Paul in week 1.  Really.  Out of all of this craziness, one of the bigger things to come out of it was Josh’s grudge against Mark for siding with Cody in week 1.  When they say this house makes people crazy, this is prime example #1.

Throughout the ranting, Josh proclaimed how loyal he is to people and how he could never do anything like what Mark did. Elena asked why he told both Jillian and Christmas they had his vote and Josh rambled on about how Christmas was nice to him from day 2!  Never really addressed the hypocrisy of that, but instead decided to rail against Jess because she jumped in to say something. It was a mess. Later on, Dom went back into a private area where she got on the phone with God to make sure she still had the votes this Thursday.  God replied “look, Dom, can you please stop calling me?  If I tell you yes, will you leave me alone?  I’m kind of busy here”.  Dom was happy with the response.

Now that I caught everyone up, time to do some live updates!