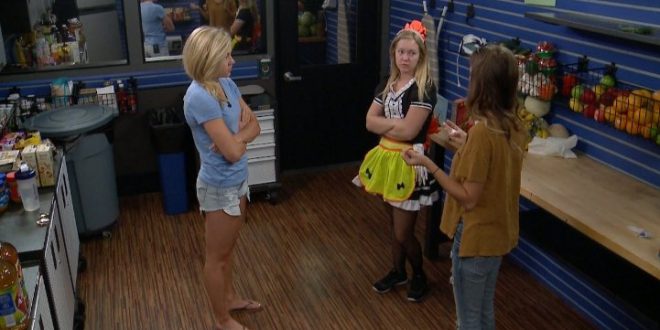 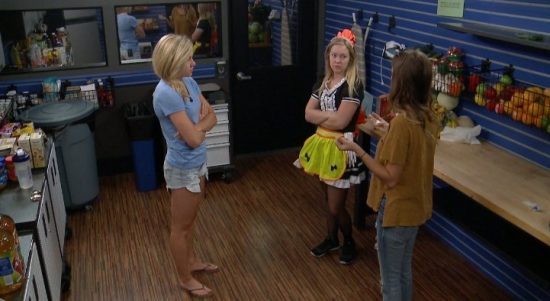 In a surprising development, I woke up today to see that Kryssie has made it through the night and will continue on with the game. I was half sure that I’d wake up to see that production decided not to let her suffer any longer with her massive hand wounds, so they pulled her out of the game for her own safety. I mean her health is more important than a game, right?

You’re probably reading this like “Oh my, what happened to her hands??”. Well, during the PoV competition yesterday, she cut her hands open during the wall climb and was “bleeding all over the place”. Her cuts were so severe that they ended the competition early and rush to get her medical treatment before they got infected.  Just kidding. She literally got a few scrapes on her hands (that everyone got), and gave up the competition. As she stood there asking production for help because she was “bleeding everywhere”, they zoomed in on her hands to see this…

Needless to say, they didn’t really stop the competition for her like she expected, and she stood there waiting her time out before she can get some band-aids from the house. After the competition, she complained to the other houseguests about how Big Brother let her stand there bleeding everywhere, and they don’t care about the well-being of their contestants. Oh boy.

When she realized she wasn’t going to be medevacked out of the house, she knew she had to press on and show her courage. I’m sure everyone will be lighting a candle for her tonight.

Alright, time for some updates:

America’s Eviction Vote is open for Big Brother: Over the Top – YOU help decide who’s moving out this week! Try CBS All Access FREE for 1 week!