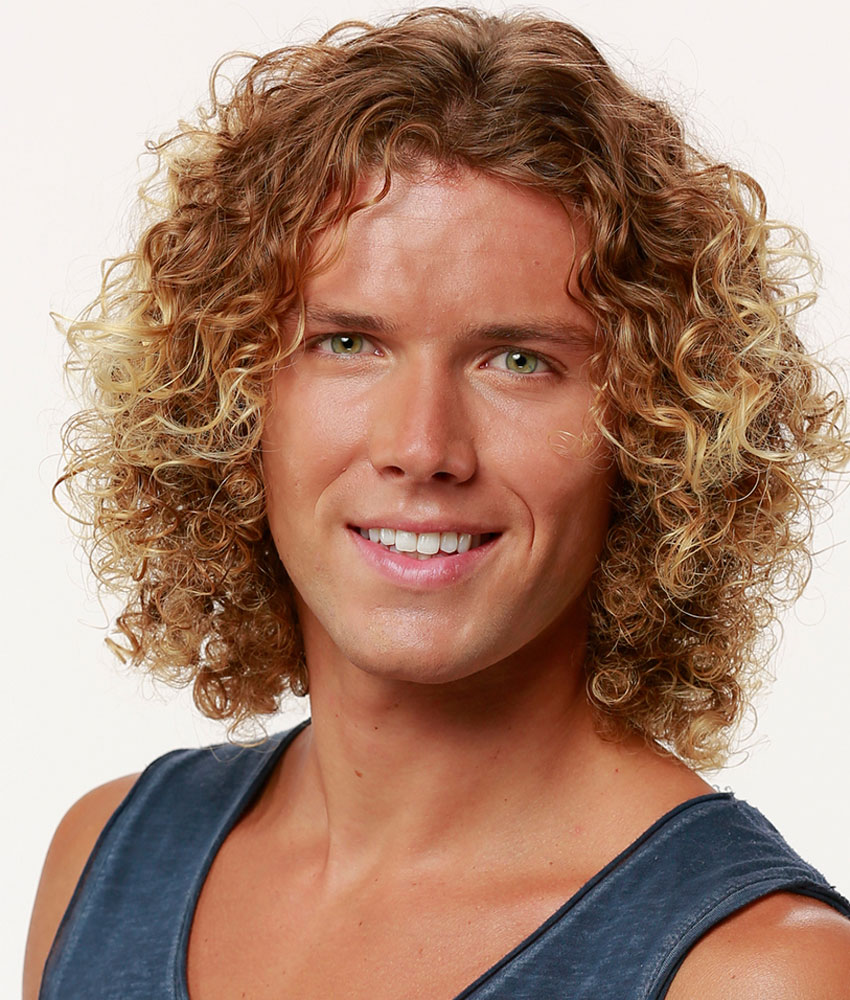 I think it’s going to be impossible to see this guy and not think of Frank.

On the bright side, if this guy acts like Frank, that will be amazing because the house could use a boost of that type of energy. Frank was easily the highlight of both his seasons, so if this guy can bring even half of what Frank did, we may be in for a treat.  I know, I say this all based on how he looks, but how could you not?

Tyler’s strategy is actually something I’d probably try if I entered the house. He wants to get tight with someone and then cast them off into another alliance so he can have a secret thing going. I doubt that will actually play out the way he wants because opening strategies never work like they’re planned, but it will definitely be fun to see if he does succeed.

Prediction is that he’ll be a fan favorite but will probably be cut somewhere in the middle of the game. He may end up too likable and become too big of a threat to the other guys so they’ll cut him before jury if they can.

Here is his official CBS bio:

Three adjectives that describe you: Resilient, charismatic, and questionable.

Favorite activities: Working out, going to the beach, and surfing.

Which past Big Brother cast member did you like most?
Victor Arroyo for his resilience, Zach Rance because he’s hilarious, and Dan Gheesling for being a savage.

Do you have a strategy for winning the game?
Get in tight with someone opposite of me, divide the house with them on one side and me on the other, get intel from their side from them while making sure they keep me safe by making them feel like I’m keeping them safe.

Then, cut them in Final 4 when the time is right and take credit for the whole thing.

My life’s motto is…
Do whatever the hell you want.

What would you take into the house and why?
– My Spotify playlist to get me hyped for any situation.
– A Pre-workout supplement.
– An unlimited amount of quinoa.

Fun facts about yourself:
– I fell in a muddy construction hole at 3 AM once and was stuck in there for 30 minutes.
– I spent six months traveling Australia.
– I got bit in the face by a fish at the Great Barrier Reef.
– I fell off a pool slide when I was a kid and died… kinda.
– I was a champion bowler.