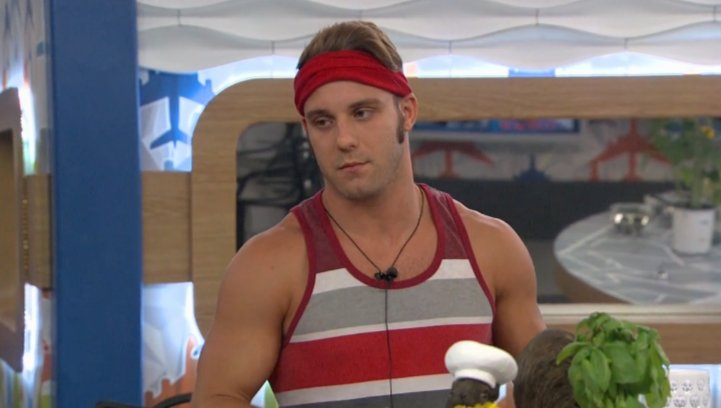 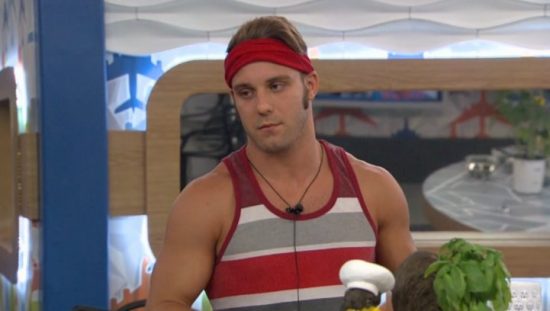 I’m starting a new thread about the feeds because this morning got a little backwards with the morning craziness and then the overnight recap.  Before you read too far, the veto results will be in here, but as of 1:30pm (pst), they’re in the middle of playing.

This morning was a bit wild in the Big Brother house. Paulie spend the majority of the day yesterday trying to figure out why he was nominated, so he had one on one conversations with just about everyone. He revealed a lot of stuff, admitted to the girl he called fake that this is ‘just a mask’ he is wearing (ie, fake), and also talked so much he basically let it slip that he was in a bunch of final 3 deals with different people.  Oh, and he also mentioned that Paul was the one leading the all-guy alliance thing.  Well, after a night of Paulie’s discussions with people settling in and notes being compared, the house minus Nicole and Corey took the morning to call him out on it.

It started when he asked Paul why he was pissed, and Paul explained that he was pissed because not only was his name thrown out there, but he was out of the ‘triangle alliance’ Paulie had formed with Corey and James. Look, I don’t mean to get all on Paulie about this. Derrick had a bunch of final 2 deals and it worked out great for him. However, Paulie’s problem is that he preached loyalty to everyone he spoke with yesterday and then came out with some super mixed message by having secret alliances going on. Granted, Paul already knew Paulie was a bit shady in that department because he had his secret PP alliance, and I do believe he was part of ‘The Board’, which was a sub-alliance inside ‘The Executives’. Paul is by no means innocent in the lying department, but he’s doing a better job at keeping that under wraps.

As it turned out, a big part of this was done to try to rattle Paulie before the veto competition, as Michelle even admitted to it at one point. She wanted to see him more worked up, but he shockingly kept as cool as he could despite being slammed from all sides. I actually almost felt bad for him, but he would have been better off just keeping his mouth shut like Corey did and admitting it was a good game move. It was. I believe Paulie was one of the many people (Da’Vonne as well) who had DR sessions during the Frank saga saying that they were bound to come after each other eventually, just they made the move first. Well, Victor made the first move, and I don’t see how Paulie couldn’t expect that considering the guy was evicted from the house already – by Paulie’s backdoor. Was Victor supposed to sit around waiting for the 5 guy alliance and also hope the timing was right so he’d be eligible to play in the HoH competition at that point?  They never even set terms like giving the HoH to get the 6th person out immunity for the week, so Victor was supposed to just blindly trust the guy who backdoored him earlier in the season.

The funniest part of this is how Paulie keeps complaining about Michelle kicking him while he’s down, when he was not only laughing last week at Michelle’s expense, but was preparing to jump up at the end of nominations this week and slam Michelle once again after she was (supposed to be) nominated.

Here are my nightly notes – What a wild and fun day blogging today.  I love the outfits.  I am going to be sad not blogging this week because Paul is going to have some fun with this. A recap of the day is that zingbot came into the house, and the veto competition was the reward/punishment style where the winner chooses what he wants.  From what I understand, Victor won and chose the veto over a vacation or $5k. Here is what I gathered…

Paul has the secret service punishment
Corey has to wear the patriotard for the week, and hold those things in his hand at all times
Nicole won a trip to anywhere in the United States.
Victor won PoV
James won $5k
Paulie has to bake cookies whenever production tells him (I don’t know many details on that yet)


After the competition, Paulie has accepted his fate and has calmed down dramatically.  He is clearly a shell of his confident self, and he is no longer arguing with people. In fact, he and Michelle had a long chat in the kitchen about various things. She was telling him more about things Z said, and even asked if she should stop because she didn’t want to hurt him. He said keep going because he wanted to know.  This humble Paulie is a much more likable version, though still doesn’t make up for a season of ego. Nicole is trying to distance herself with Corey from Paulie, so she has been talking to the girls in a much more friendly tone today. That was good to see. They all tell her they hope Corey remains safe this week, so it looks like barring a big shift, Paulie will walk out the door.  Whether or not he walks back in is determined by his card.

The house is wondering about another buyback, this time from jury members. That would go well with the random Friday show, but it’s strange they’re keeping that under wraps to us. It’s also strange to have two in one season, but they have done a lot of weird things this year. Kind of going all-in on the twists.

On a blog note – Amy will be back tomorrow for her last overnight recap. I can’t express enough how grateful I am for her hard work this summer, and grateful to have more writers come aboard to give me a bit more time off.  I am realizing the time off has helped my blogging, so it’s a win-win. I will be blogging a little tomorrow, but I’m not sure how much time I will have. My cat is on my lap telling me to spend some time with him, so good night!