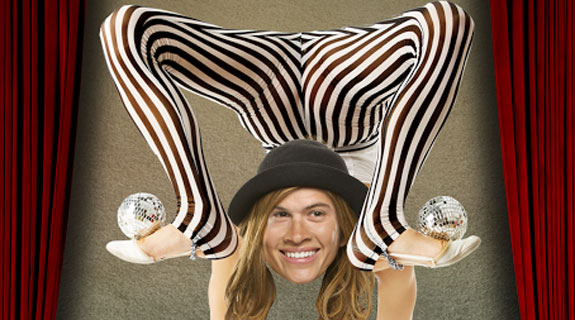 The Veto Competition That Never Was 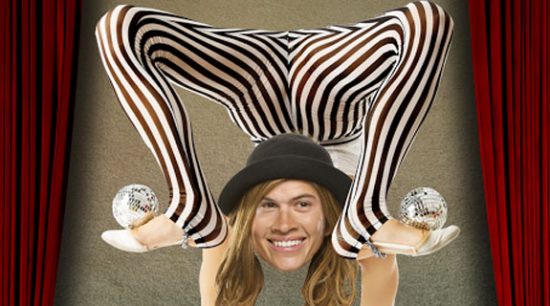 We’re almost mercifully done the week that doesn’t count, so hang in there! The twist that should have been introduced about 3 weeks ago was revealed last Thursday night as a golden button in the former havenot room. If and when the house pressed the button, this week never happens.  That’s all fine and good, except when four of the five remaining houseguests are so tightly bonded, one of the nominated players encourages the veto holder to not use the power of veto.

Frankie just barely edged out Derrick in the facial recognition competition, and I have to say, this was a tough one. I tried to play at home, but I did horrible. I suppose it would be a little easier if I stared at the memory wall 2 hours a day for 70+ days, but playing from home it was brutal.  For reference, the above picture is a mashup of Paola’s hair/hat (I literally forgot about her during the competition), Amber’s mouth, and Zach’s eyes.  Despite the fact that the veto competition will end up meaning absolutely nothing, this week did nothing but hurt Frankie (or help him depending on how far he makes it).

Throughout the episode, between doing some ninja moves on the button and chasing an imaginary rat, they speculated on what the twist will be.  I believe it was Derrick who said it was likely going to be something good for someone and bad for someone else.  On a normal season, he’d be right.  This would have been great for Victoria and bad for the rest of the house.. but this season?  Meh.  Izzy – the dog that visited the house on Tuesday – has a better chance at winning the HoH over Victoria this week.  The only thing that will happen is one of the four guys will win, nominate Victoria against someone else and literally repeat the week.

I think the only chance Victoria has at winning HoH will be if the competition is 100% luck based.  However, I strongly believe tomorrow night will be the wall endurance challenge, and there is no way Victoria will hold out longer than Caleb. No way. Not happening. Girls typically have an advantage on the wall, but I just don’t see it. Victoria has absolutely no fight in her.   That said, if – and this is a big if – the competition hurts heavier people first, Victoria can possibly pull something off.  Some endurance wall competitions are at an angle, and holding 200+ pounds is a lot more work than Victoria’s whatever weight.

One thing will be fun, and that will be to watch Frankie’s reaction when he realizes he made himself a huge target by winning 2 competitions this week, and he wasn’t even able to get a single person out.

Want to see more of my episode recaps?  Check out OK! Magazine!