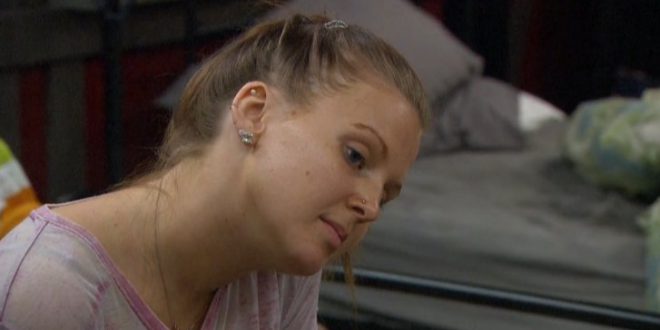 Veto Saturday; Can Michelle Save Her Game? 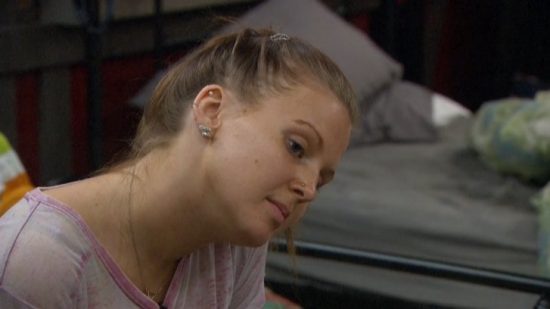 Happy Saturday, everyone! It’s a very big day for just one person in the Big Brother house today: Michelle. It’s too bad she doesn’t realize just how important it is, and she may not until it’s too late.

Look, Michelle and I go way back all the way to the beginning of the summer. We’ve had an up and down relationship – mostly down – but I’m actually kind of sad that she is probably leaving this week. Ever since she realized she was actually playing the game and flipped the house on it’s head, we’ve mended relationships and are kind of best friends now. She may not actually know who I am, but that doesn’t change our relationship. She’s kind of mean, kind of annoying, and kind of funny… and without her efforts, we’d likely still be watching a shirtless Paulie acting like he owns the house. This makes me hope she pulls something off today in order to keep shaking things up, because I literally may cry if the final 4 consists of Corey, Nicole, James and Natalie.

Victor and Paul have been doing a pretty good job building a relationship with the blonde boremance (we’ll just pretend Corey is super dirty blonde), which means if Michelle wins, there is a very good chance that Nicole may actually replace her with either Natalie or James. There is also a chance that Victor could be the replacement nom, and he’d likely end up walking out the door – again, so maybe it’s not a good idea for her to win.

Alright, time for some updates…

I don’t mean to steal your thunder Kari B, but I wanted to highlight your question from the comment section.

I’m going to close this thread since it’s long. I want to have shorter threads going.  So, starting a new one for the night