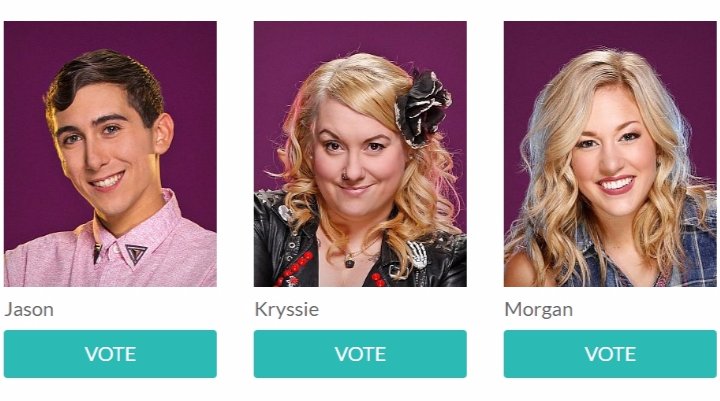 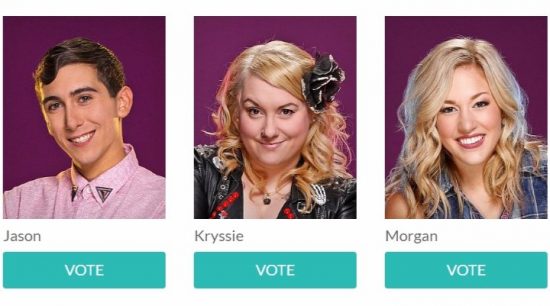 Here it is, folks. It has all come down to this. The final vote of the season, and this one is a big one. It will determine who wins $250k, who wins $25k, and who goes home with their stipend of roughly $10k (do winners also get stipend?)

Let’s not beat around the bush, Kryssie is going to finish 3rd place. Every single twitter poll whether through Jason fans or Morgan fans all have Kryssie barely polling at 2-3%.  She kind of wins anyway because early in the season they talked about how she was raging that her twitter account had to be shut off through the season. This is because she basically went into the house to promote her band, and mission accomplished. Her boyfriend tweets constantly under the twitter handle that is also the name of the band, so the name is out there. Will it make her famous? I honestly didn’t listen to the music, and can’t tell you if it’s remotely good or bad. She got her publicity, and she is also leaving the house as a gross person, but not vile. She may have farted on Alex’s pillow, and she did take part of the bashing of the other house, but she did it on a ‘normal’ BB level (if you can call it that). Real talk, you’re not going to go into the house and not talk shit about someone else at least once throughout the season. Everyone is guilty of it, but out of the LNJ (Justin excluded), Kryssie wasn’t that bad.

That leaves Morgan and Jason.  I fully believe Jason is going to win simply because he has far more veteran support pushing for him on twitter. It is bad enough that he received two care packages (Kryssie’s was really meant to keep him safe), and America shockingly nominated Morgan during the final weeks when Shelby was going after Jason.. and nominated Alex and Scott weeks prior. The LNJ has had a co-HoH spot pretty much every week except the week Danielle talked about killing her dog which crushed her popularity until people forgot, and for some reason took out Neeley the week after (the veterans must have been on vacation that week so they weren’t able to push their twitter followers to vote a certain way).

Needless to say, despite the endless amount of whining that Jason did throughout the season how nothing goes his way, nearly everything went his way. To his credit, he did win the PoV when he was certain to go home both week 1 and week 8. He also won an important HoH (though it did take until he had a 33% chance to win before he could – and yes, I excluded Justin because he sucked at comps).

Here are some stats:

Morgan:
HoH Wins – 1
PoV Wins – 2  (I am counting the one vs one with Justin as a PoV win, though it was a 50% chance)
Gifts – A PoV that I am not even sure was supposed to go to her. There was a lot of debate over this because people just assumed it would be wasted on her, so they got it out of the way. They raged when they found out she couldn’t be nominated and also saved Shelby.

So, competitively, they were fairly equal. Socially, they were not. Jason had a decent social game, but he did so by finding literally the dumbest people in the house and convinced them that the veteran player with 60k twitter followers (and 100k’s more through his friends) was not an end-game threat despite Julie announcing the winner was voted on by America.  He was loyal to Kryssie for the most part, but basically shit on everyone else in the house, including his allies. He made an extremely horrific social move by creating a fake alliance with Morgan/Shelby/Alex to let them think Justin was going home only to blindside them while Justin clapped and called them suckers. Fake alliances are made for strategic reasons, and this one wasn’t even close.

Meanwhile, Morgan had a fairly open line of communication with the other side of the house. I’m not going to pretend she was on the fence like a Justin, but even after Whitney flipped and they had an argument, Jason said that he really likes Morgan and it wasn’t about her.  Other than Danielle who appears to hate everyone not named Jason, Morgan was fairly liked by the entire cast. Shit, she is a PR person, so that isn’t exactly a big surprise.

Despite my pretty negative feelings toward Jason on a social level, he played a decent game. I will admit that. He did get carried by America, and for some reason was never considered by his own alliance, but the latter was his social game that kept him safe. Strategically he did nothing, but most people did nothing. This season was all about who America wanted gone each week, and HoH was merely a safety necklace and a private room.

While I recognize that Jason has far more social media reach and will likely win because of that, I am voting for Morgan if only to make sure she secures second place. I would be more than happy if she wins first, but it would be a complete travesty if she finishes 3rd. I’m not encouraging people to vote a certain way, just stating who I endorse.

Here is the link to voting.
You can vote 20 today and 20 tomorrow