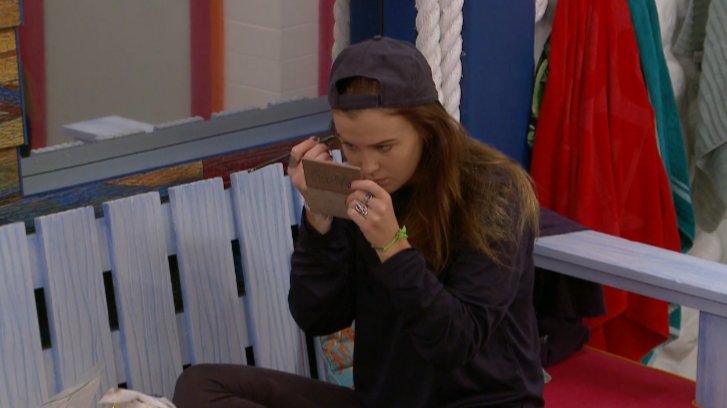 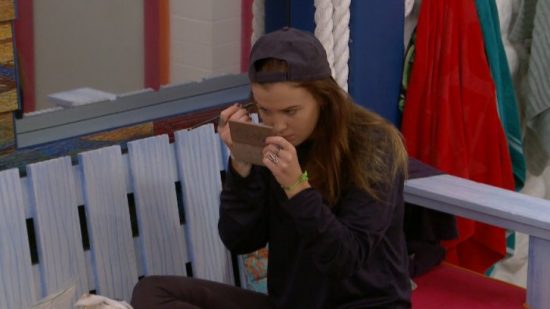 Good afternoon, everyone! Can you believe that today is the last day of August?? What the hell, summer? Why do you go by so fast?  On the bright side, if you’re relatively new to this site, or Big Brother, our doors will be open for the fall!  I haven’t heard much about the fall season, and I assume we won’t hear a whole lot anyway. They’ll eventually tell us more information like the start date, and hopefully cast previews, but I’m not expecting twists, or format to really be revealed until the show starts.

As far as the title goes, that means nothing. It’s just the title of a song.  I actually like September and pretty much every month that isn’t Jan/Feb and Dec/March depending on how the weather treats us.

James, Natalie, and Michelle are still in the dark, but part of me wonders if it’s because of what Paul theorized yesterday – they want to be. Well, James & Natalie at least. As the great Jules from Pulp Fiction once said “If my answers frighten you, Vincent, then you should cease asking scary questions”. I think James really doesn’t want to know the truth, because he is scared that Nicole may reveal Michelle is indeed screwed, which will force him to tell Natalie who will force him to ruin his game defending Michelle.

As far as why Michelle doesn’t just find out? She’s stubborn as shit, and a pretty bad game player. She was talking last night how she doesn’t like Nicole’s game, and how she refuses to go to the HoH room because Nicole didn’t go up there a whole lot while she was HoH. Michelle apparently thinks Nicole should track her down, beg to talk game with her, and then spill the entire truth about what is happening.  That doesn’t work that way, and the “superfan” should know this. I’d almost be disappointed in the situation if I wasn’t already disappointed with most of the cast this season for how they played.  I’ll analyze the entire season in an different post at a later date, but for now, let’s see if Michelle is going to try to save her season…