Travis
Evicted
Home » Big Brother 18 » Was It Unfair For CBS To Edit Paulie The Way They Did? 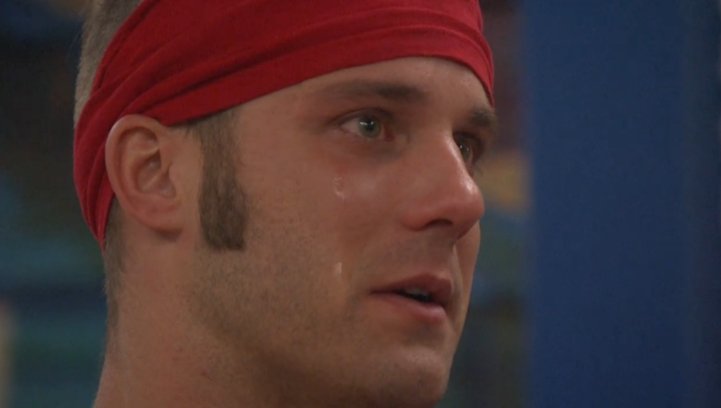 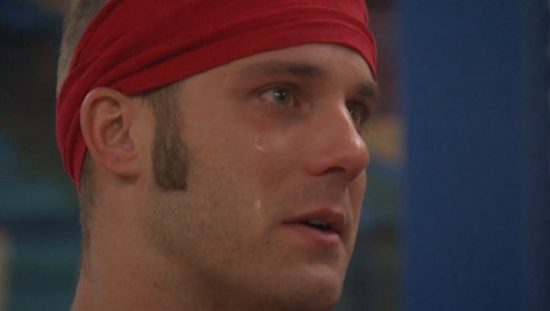 Inquisitr – Paulie Calafiore’s family has his back. The tight-knit New Jersey clan is firing back at CBS over how the second Calafiore to sign on to Big Brother is being portrayed. In a series of tweets, Paulie’s parents Paula and Linda Calafiore say they are not happy with CBS for showing one-sided comments during their son’s stint in the Big Brother jury house.

I’m going to be honest, when I first read the title of the article, I rolled my eyes. I have watched the feeds all season, and have been able to notice the ups and downs of Paulie’s game. The harmless flirting, the ego, the fights with Zakiyah, and the major meltdown toward the end. There is no doubt that he looked awful with Zakiyah, and would probably say he is embarrassed about his final 2 weeks in the game. His bullshit tearful moment with Corey where he said he would use the veto on Corey to save his ‘bro’ rather than himself, then go and steal the veto away from Corey during the competition didn’t help his character much. Not using the veto on the girl everyone knows he is hooking up with to save her does not look good on his ‘girl resume’.

Needless to say, Paulie’s family doesn’t have a lot of wiggle room with their argument, but when I saw this tweet:

It made me think a little bit about the issue they’re mad at. It’s not the fact that Paulie was basically an asshole this season, it is why CBS decided to edit in the personal attack by Bridgette. She even admitted her opinion about him was not game related, she just disliked him as a person at this point. While it made good TV, and that’s what CBS is concerned about, does his family have a point?

Back during season 15, it will always be remembered as Aaryn with the racist statements that sparked national attention to the show. So much that they now show a disclaimer before the feeds begin and have since that season. Few remember that GinaMarie was nearly as bad as Aaryn (and also painful to listen to even when she wasn’t being racist or crazy over Nick), and fewer remember the comments Spencer made. That is because CBS chose to edit Aaryn’s more into the episodes because it drove the story, and that was only when they were pressured to by fans and the media. CBS has had a long history of whitewashing comments made by houseguests, and it is semi-understandable, considering executive producer Allison Grodner was quoted years ago stating ““We really don’t want to put hateful things out there in our edits.”

I get it, Big Brother is a reality game show that isn’t there just to spread hate. It is why stupid quotes from Jeff about Dumbledore being ‘allowed to be around kids’ in the Harry Potter series were never aired, nor was the goat story from Corey, Bronte’s racist comments about James, or a bunch of other lousy comments from people. People say dumb things all the time, especially when they’re filmed 24/7 for 3 months, so every season you’re going to get quotes from people who will offend groups. They can air many things said by many people into these shows, but it’s not exactly their goal for families to gather around and watch hateful stuff 3 times a week.

However, just like the Aaryn situation, it was pretty hard to sweep Paulie under the rug, simply because anger fueled his final few weeks in the house. Him being part of a showmance with Zakiyah, yet not using the veto on her is part of the story. Bridgette, Michelle, and Natalie telling people about Paulie being a misogynist is what helped fuel his sudden blindside nomination/eviction. Plain and simple, Paulie’s doucheyness was hard to hide, and even his parents acknowledged that when his mother shared this story (which is a good read) that slams Natalie for suddenly being offended about things when it suits her game.  While the article hits Natalie pretty hard, it does state:

To be clear, the comments that Paulie, Paul, Victor, Corey and Frank have made this season about the bodies of their female houseguests have been inappropriate and often obscene. Each of the men this season have helped to cultivate and participate in an environment that reeked of misogyny.

To that extent, his family is aware that Paulie hasn’t been an angel, and I don’t think they’re arguing against that. It does have to sting, however, to see Paulie get a pretty poor edit this season, especially when he was the guy to confront Frank about him slapping butts when the girls felt uncomfortable. I mean to put it bluntly, the show consciously decided to air Bridgette’s comments about Paulie during the same season they showed how forgiving and kind she was to Frank. As that comment above pointed out, right up there with Paulie, Frank was certainly no angel when it came to misogyny.

I am neither bashing nor defending Paulie or Frank in this article. Both players had good qualities, and both players also seemingly forgot they were in front of cameras and not in a locker room. My question is merely whether or not Paulie’s family has an argument here considering what true fans know how much is left on the cutting room floor in the editing department. Were Bridgette’s random comments necessary for the episode? Or do you think it was a hit piece on Paulie for ratings?