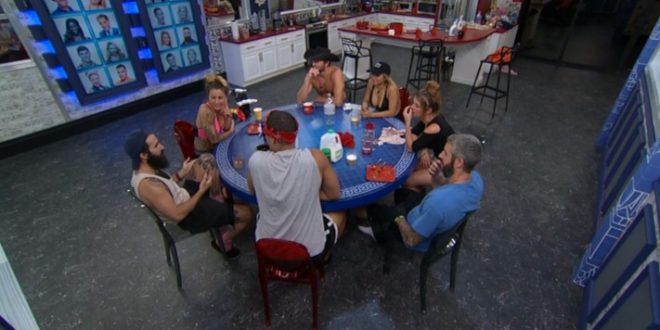 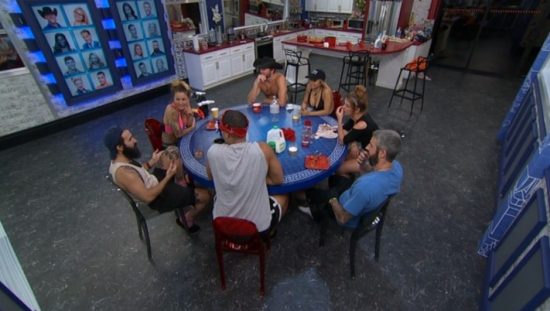 Wednesdays show had a couple good moments for me. I’m glad the toothbrush clip was shown with Kevin. I saw it online somewhere a few days ago and it cracked up. I’m a little surprised they aired the condom clip AND more than once. (I wasn’t lying when I said they don’t have a problem letting viewers know that stuff depending on who it’s about. Nicole-no but Raven-yes) I was glad to see Raven and Matt’s immediate reaction to not having the veto used. I had been curious about that and wanted to know if she started crying first or went right into screaming.  I also wanted to know if Jason had actually told Raven that he would take her off the block or not. It’s not like it matters, I was simply curious and yes, he did.

There’s only a few things I’m anxious to find out tonight because we already know Matt’s leaving. As usual, I want to see what Julie’s wearing, if she calls Matt out for being furniture, who gets a good edit in the post veto or other fighting and who wins hoh. They may show the jury house but no one will be surprised by who enters so it probably won’t be that exciting.

The last shomance is being split up tonight so at least there’s that. It has to be small victories this year my friends. If Xmas & Josh and Alex & Jason hadn’t done and said many of the things that they have, I realized that I would really like these duos. They have comical moments, make great teammates, are loyal to each and arn’t in shomances. It’s too bad they’re all such buttholes because we could have really enjoyed them.

Did anyone catch Raven talking the other night and saying how her information was leaked either shortly before she was in sequester or while there? This may be the first statement she’s made all season that’s the truth. When this has happened in the past, people are disqualified and sent home. It’s rumored that it happened to another person along with Raven (a guy) except he was disqualified. Megan mentioned seeing Ravens info right before they went into sequester. Feeds have been cut more than once when Paul mentioned meeting Raven before the show. I’ve made jokes about Raven saying she was friends with Paul and assumed he didn’t even remember her. I was wrong because he did remember her. I’m NOT saying they’re friends or that she’s a plant put there to help Paul win because truthfully she acts as if Paul is there to help her win, which is comical. I’m only saying he DID remember meeting her and their conversation and she should have been disqualified when her info was leaked since that’s happened to other people. I’m honest enough to admit that if I didn’t despise Raven, I probably wouldn’t care. haha  I’ll catch up with you all this evening and hope you have a wonderful day.

(Ann, you’re in my thoughts and prayers as well as everyone else who is dealing with so much from Hurricane Harvey)