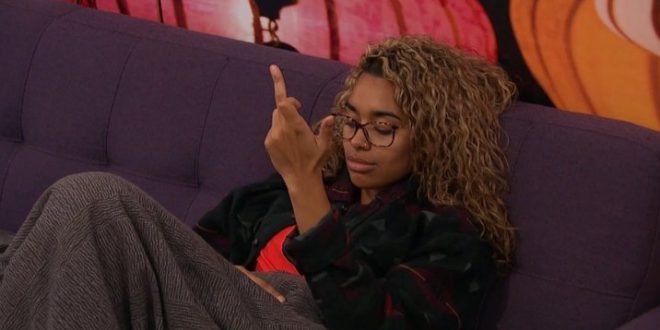 We will miss you too, Dani

So, I sucked with updates yesterday.  Had a stomach ache, went took a nap and woke up at like midnight. Awesome. I couldn’t sleep, so by 5am I was getting into twitter arguments about whether or not Jason should win BB should Shelby and Justin make the final 3 with him. Long story short, he probably will. His fans don’t respect a hard fought game like Shelby, or a pretty damn good social game by Justin. Should Jason win over someone like those two, it will be the icing on the cake of bullshit that was the ‘returning veteran’ twist in a season when America had power. The one huge flaw on a really good season (that and it not being on CBS for more to enjoy).

Don’t get me wrong, he should win over Kryssie, and probably Morgan. But I simply think Justin or Shelby played a better game. I also thought Paul played a better game than Nicole, but the veteran connection with Da’Vonne pushed her to the win as well. Oh shit, Da’Vonne will likely be campaigning for votes for Jason, so she may be the swing decision in both seasons played this year. Crazy.