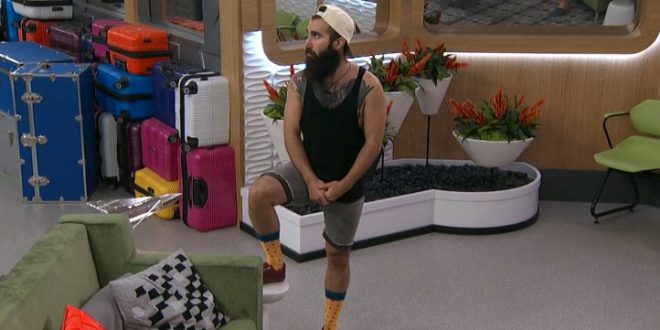 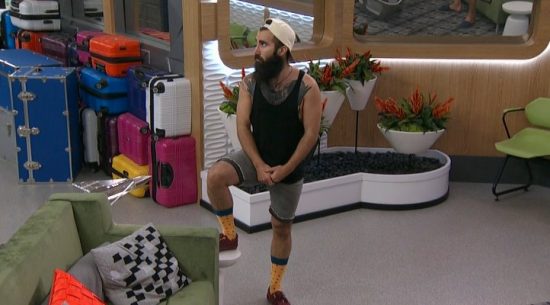 Good evening, everyone. Sorry about the lack of afternoon update thread. I had some school errands to run (books, etc), and ending up zonking out when I got back.

Now, where did I leave you guys. Oh, right, megaphone man and the story of Nicole and James. I didn’t get time to write about the fallout from that, so brace yourselves for something new that happened this summer. Natalie didn’t get worked up, and she instantly believed it was bullshit, so it brought them closer as a couple. Just kidding! Like expected, the opposite happened.  Natalie and James spent the night fighting about it, and it will likely be the final nail in the James/Natalie relationship coffin (that was already sealed shut anyway). After a night of butt kissing by James, the pair seems to be talking again today, but their entire situation is screwy.

Even before the Megaphone Man decided to spill some gossip, Natalie was already upset all day.  Why?  This is golden, so stay with me here… When Nat/James were nominated, Nat pulled a Paulie and said she would use the PoV on James.  She also said she is going to campaign for him to stay. Real heroic shit.  I’m sure that made excellent TV, just like Paulie’s tearful moment with Corey did. Just like I called it back then, I called bullshit on Natalie’s heroics, and it turns out I was right.  She was upset yesterday because she thinks her campaigning worked, and she feels she is going home!  Seriously. You can’t make this stuff up.

When James finally got to the root of the issues with Natalie, she spilled it saying that she screwed up by telling Victor to keep James because she thinks it actually worked.  After some more pouting, she told James with a snarky tone “So, congrats, you’re staying”. This is like throwing yourself on the sword, and then as you are bleeding to death, you throw in some guilt trips to the person you saved.. just to remind them one last time why you’re laying there dying.  That story sums up the type of person Natalie has been all season, and it’s probably not something you’ll see on the CBS edits.