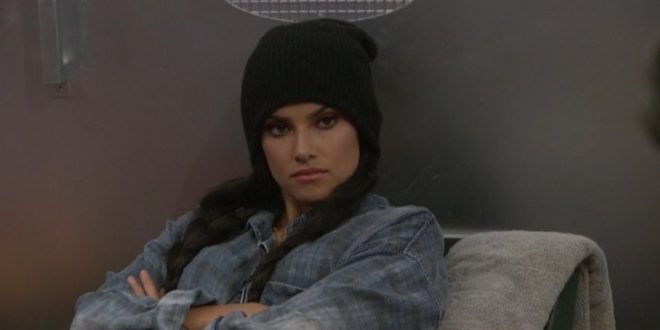 Hey everyone, I’d like to introduce Mike to the team! Mel is still around and will be helping me live blog, as is Mrs. Beans, but Mike will be handling CBS episode recaps for us. He may not be able to recap every single episode, especially with weeks like this where I have been jumping in to live blog the first two episodes, but he’ll be doing something that I typically completely neglect on this site. For some reason, I never recap the actual episodes other than the live shows (spoiler alert – I’m lazy), so Mike will step in there. Wish him all a warm welcome and most importantly, be nice! As always, I don’t mind my writing being trashed (it does suck), but it’s my blog. Volunteer writers are giving up their time to contribute and I don’t want their grammar or small mistakes torn apart. Thanks!

Jackson wins camp director, launching himself into the most powerful position for week 1

Christie wins HOH and puts up Cliff and Kathryn. She is part of the 8 person alliance with Jack, Jackson, Analyse, Bella, Nick, Holly, and Tommy. Ovi wins the first Whacktivity Comp of the season, earning him the Nightmare Power. Unfortunately, he might not end up using it.

The ladies of the house banded together and then forged other alliances too quickly. It would have been a stronger game move to keep that alliance going for a couple of weeks before falling apart. This year looks like it’s going to be another one where muscle dictates the early game. Are Jackson and Jack strong competitors? Yes. Which one is more dangerous? Jack. Remember, he was talking with Tommy and Nick when Ovi overheard the three of them. Jack was lucky that Ovi did not hear him. Otherwise, Ovi could have used that knowledge against Jack when talking to Jack’s alliance members about that night. And, to Jack’s credit, he did not give himself away. The biggest game move so far is Jackson and Jack’s decision to team up. Unless power is flipped to the other side, these first few weeks could belong to the 8 person alliance led by J&J (Jackson and Jack) in the house.