Week In Recap – Michelle Vs Paul 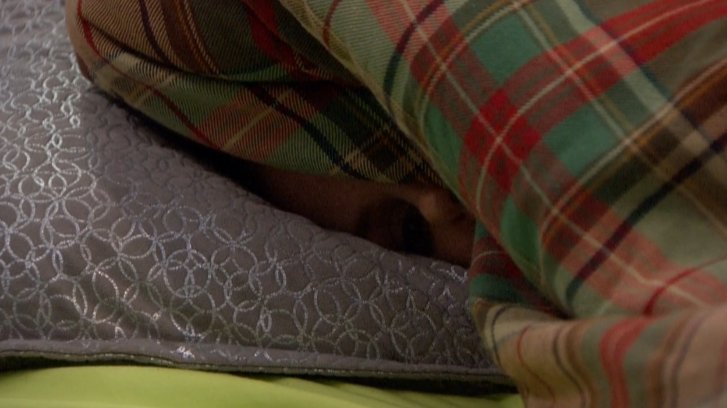 Seriously, I pretty much could end the post with that one line. Michelle did her best Audrey impression this week for her campaign…

Why did she roll up and die?  It’s because she didn’t want to ‘kiss ass’.  Really. I don’t even know what to say about that. This, coming from the girl who called herself a ‘superfan’ nearly every other diary room session went into the house with too much pride that she considers talking to the HoH “kissing ass”. She of all people should know there is a pretty big line between kissing ass and trying to save your own ass. Shit, she was on the receiving end of that when Frank was heading home, yet he swallowed his pride and tried to convince Michelle to use the veto on him. Did it appear he was kissing her ass when he did it? No. It looked like he was playing the game, and at least trying to stay in the house.

Ok, let’s play devil’s advocate. She was blindsided because James and Natalie convinced her that she was safe.  Wrong.  Yes, James/Natalie did indeed tell her that stuff a few times this week, but even as of last night, Michelle told them that she thinks she’s in danger and there is a good chance she will be voted out. The rare time she left her bed, she could easily see Paul and Victor laughing it up with Nicole and Corey, so it’s not like the other side tried very hard to hide the fact that they’re close. While I’m sure she just assumed Paul was “kissing ass”, guess what.. it worked. Paul is staying, and Michelle is heading to jury.

I know it seems like I’m being hard on Michelle, but that’s because I expected better from her. She’s top 7, a ‘superfan’, and has a very convincing argument to keep her, James, and & Nat over the bromance, yet just gave up. If you’re wondering what the convincing argument is, it’s that Paul/Victor are smart and strong players. Plus, Nicole had a final 4 with James & Nat, so blowing that before jury will screw her chance at winning. While that doesn’t guarantee she stays, she would have at least tried. 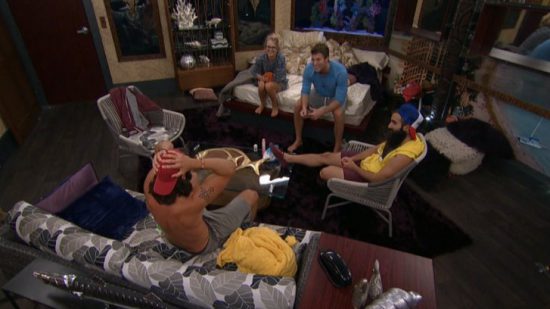 That’s all irrelevant now, as Corey essentially locked this weeks noms up last night when he bribed Victor to vote out Michelle. He debated all week whether or not he should just give it to Nicole, but they realized that Victor threw away $5k to ensure Paulie got eliminated instead of Corey. As a reward for that, and a sign of good faith to secure their alliance, Corey ‘bribed’ Victor with something he was going to do anyway.  The important part of the bribe was not Victor voting out Michelle, it was that it was also a handshake agreement to secure the final 4 alliance. While not bound by any guarantees, it would be a hugely scumbag move for the bromance to turn on the boremance after that, and everyone knows it. Barring a miracle stretch of competition wins by James & Natalie, the final 4 is set to be Paul, Victor, Corey and Nicole.

The miracle stretch has to begin tonight, otherwise James will be next, followed by a near guarantee of Natalie.  Let’s take a look at what they’ll have to do to survive…

This means in order to get down to the final 3, they would have to:

This puts Nat and James in the final 3 and in good shape moving forward.   Can they win the next 2 HoH’s, then possibly two PoV’s?  Hard, but not impossible.