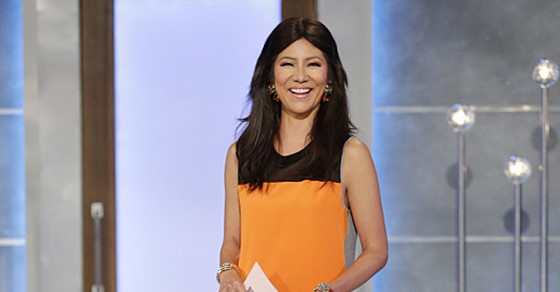 Good morning, everyone.  Winter is over already?  It feels like just yesterday we were watching Jackson win won of the worst season of Big Brother we’ve seen in quite some time. I can’t wait to get started on a new season and back to the grind!

Oh right, I almost forgot about the Big Brother 22 season that came and went in a blink of an eye last fall. The one that was really pretty boring and any exciting parts were cut from the feeds because 2020 would have it no other way than to ruin our only escape from reality.

On a serious note, I am still super grateful production came together as they did and actually gave us a season despite a virus surge in LA and likely brutal working conditions being screened, tested, etc, etc on a daily basis for more than two straight months. The season itself was brutally boring, but I am very happy they allowed us to come together and watch something other than the same terrible news day in and day out. So, once again, thank you production for giving us Big Brother 22!  (even though it kind of sucked)

But here we are, I am writing about the new season of Big Brother in June as I am used to and we’re set to begin the season in just over a week! This means a lot of things, cast reveal, house reveal, twists, and tons of speculation. Exciting times!

I’m probably going to refer to BB21 as the previous season when it comes to production a lot this season, and it’s not because I’m getting senile (although I’m sure that isn’t helping).  It’s because I know for a fact that production had to change things up in BB22 just to have a season.  The cast is the main example of that.  They were heading into BB22 with ideas of a new cast and were already underway casting when the pandemic hit. This forced them to change their thinking and just go with players who have already been screened by the crew. It also means they likely had other plans that were shelved until a ‘regular’ season returned, and that is Big Brother 23!

One positive thing they did take from BB22 is something they should have grabbed back when BBOTT did it, and that is opening night move-in! That’s right, it seems there will once again be an opening night move-in show rather than a pre-recorded week where us live feeders miss some super key early alliances forming and we’re left guessing once the feeds actually go live.  I have bashed their pre-recorded crap ever since I was able to witness the glory of ‘Over the Top’, and I am super happy it’s returning!

Scrapping another really frowned upon thing, it seems production is moving further and further away from the ridiculous week 1 eviction that nobody really enjoyed. It was a good novelty at first, but fans then spent the next 2+ months wondering how that first evicted person would have been in the house had they been given an actual chance to play.

Just like last season, houseguests will enter the house in teams of four and immediately compete upon entering the house. The four winners of the competition will become ‘team captain’ and they get to choose their own team.  This is very similar to BB14 except for the team captains that season were veterans, and we learned some of them basically had their teams formed before the season started (likely because of connections in production). Rather than rely on veterans to ruin a twist, they’re trying to be a bit fairer this time around.  They will also change the ‘schoolyard pick’ style where captains had no time to think and give it more of a NFL draft feel.  The captains will get to watch 90 second ‘scouting report’ videos on each of the 12 remaining houseguests and then use that knowledge to pick their teams.  (I’m going to assume the draft order will be based on time of completion of the competition).  This twist will last for the first four weeks which is a refreshing change.  Not that they’re scrapping a twist after a month – they do that often – but that they’re actually planning it out in advance this time. Anyone remember the season where we had a host take-over as a super cheap gimmick just to get Phil Keoghan to announce Jeff and Jackie?  That was brutal.

One of my favorite twists in Big Brother is not a specific twist, but a concept.  You choose something good but suffer something bad as well. It’s the ‘temptation’ thing they have been playing with for a few seasons now, and that returns once again for the HoH competition.  Once the four captains choose their team, they will then compete among each other for the first HoH.  The HoH and his or her team will be safe for the week, but that’s not all.  They are introducing something called ‘double or nothing’. Out of the remaining three teams who aren’t safe, one person will be selected from each team to compete in another competition.  The winner of that will be safe for the week, but their team won’t be.  And if that winner decides to accept the prize of safety, it will unleash a punishment which could impact them, their team, or the entire house.

This is something I knew they were planning to head into Big Brother 22 with but had to scrap it due to the last-minute change in casting. They were still able to get a pretty diverse cast compared to typical seasons, but due to a huge lack of diversity in the pool of players to choose from, they were forced to call David an All-Star because they wanted to balance out the cast as best they could, and he was likely the only former black male cast member willing to return (which isn’t saying much considering they only had maybe half a dozen to ask).  And before I hear “they should have just picked the best players available”, save it. That’s one of the dumbest things I hear people say and will just ignore that crap here.  They were coming off a season where nearly every white person in the house formed up as an alliance and picked off anyone of color one by one. Forcing diversity was badly needed, and I applaud their effort even on a season where they didn’t have a huge pool to choose from in the male department.

So, what do you think of the twists heading into the season, and also the transparency so far with the twists?  And cast reveal should be tomorrow so stay tuned!