Travis
Evicted
Home » Big Brother: Over The Top » Feed Updates » What A Night. BBOTT Is The Best Season Nobody Is Watching

What A Night. BBOTT Is The Best Season Nobody Is Watching 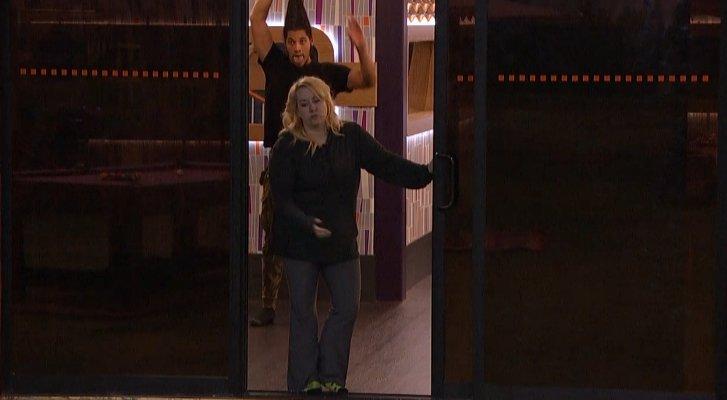 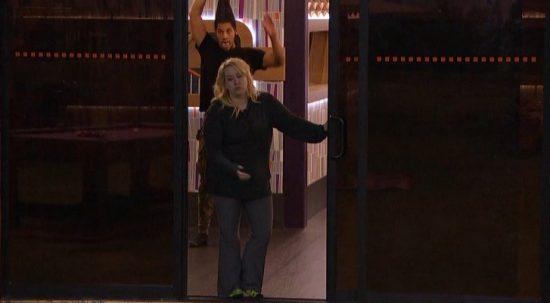 I’ve said something similar near the beginning of the season, but now that we’re midway through, I stand by my statements. Let me be clear, when I say ‘nobody’ is watching, I mean the masses. The millions who tune in to CBS episodes every week but chose not to get the live feeds for this show. To be fair, it’s hard to blame them when the last thing they watched was the mess that was BB18. I’m sure many didn’t want to pay to join live feeds only to watch a bunch of showmances laying around sleeping all fall like they did in the summer.

I am still holding out hope that CBS will slide BBOTT in one of their weekly slots when one of their shows gets canceled. I’m pretty sure this show is far more entertaining than Kevin Can Wait or MacGyver.

This isn’t going to be a promotional piece to get you to join the feeds. Most people either have by now or they won’t. That said, if you want to, here is the link for them. This post is to talk about the craziness that unfolded last night in the BB house (or should I say throughout the day).

Tuesday into Wednesday, Scott was doing a LOT of cam talk. He was begging and pleading that America do what they can to keep him in the house. As part of his very long ramble, he started mentioning that he’ll terrorize Danielle if that’s what people want. This is around the time when Neeley woke up and walked in on him speaking, so she ended up hearing that last part. As the house woke up and took their spots (the plastics huddled together somewhere, while the LNJ was guarding the couch for the day), Neeley relayed the message to the group. This is when Jason revealed that Scott has been campaigning to him by saying things like Neeley wants to be the best competitor in the house, and is trying to evict the strongest players.  Kind of a bad argument considering two of the stronger physical players in the house are on his side (Alex and Morgan), but whatever.

This resulted in Neeley getting fired up and completely pissed at Scott.  She went inside to tell the plastics that Scott has been campaigning and ended up running into the Virgin King himself. Fireworks went off when she started screaming at him for threatening to bully Dani, and she went on for about 5-10 minutes ranting how bad of a person Scott is.  Scott’s reply was basically that he’s never said anything bad about Neeley and he is not sure why she is freaking out on him.

Things settled down after that point through the rest of the day, and both sides went back to do their daily routines. That is until it was eviction time and Neeley had more words to say about Scott. During her campaign speech, so let it all out there revealing everything she has heard (both true and false). Scott had his day 1 alliance everyone knew about, he threatened to bully Dani, and the icing on her cake was that Scott apparently clapped when he heard Kryssie got injured during PoV. The last one surprised Scott as it was clearly false, so he had a puzzled look on his face when she said that. Scott was doing a lot of pumping himself up and other weird shit while waiting for the PoV competition, but in a clear case of misunderstanding, Kryssie heard Scott clapping to himself after she came in the house. She assumed it was because she mentioned how she hurt herself on the wall, and needed band-aids for her massive wounds. 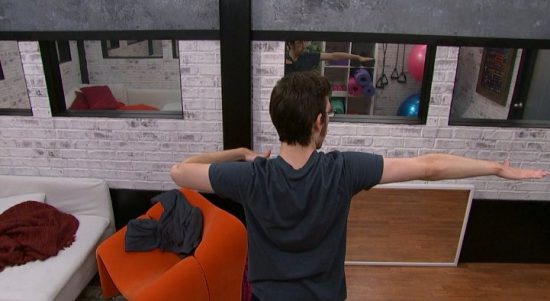 Now, anyone who watched Scott during this comp knew he was pretty much a lunatic who was losing his mind. He spent some time praying, some time doing a weird crossbreed of yoga and karate, and then acted like a nutjob when he returned from the competition because he was pumped he thought he won. Was Kryssie lying?  No. She likely did hear Scott, but he wasn’t clapping over her injury. However, instead of asking him about it, she let it stew and told her group about it, and they let it stew. This resulted in Scott hearing about it for the first time last night, and not even given a chance to defend himself at a time when most of the feeders were watching.

After Neeley was evicted by America’s Vote, Scott was pumped once again and couldn’t hold it in. He let off this crazy clap and later explained to Jason that he was excited Neeley was going home and also relieved that he wasn’t going to leave without defending himself. Was it shitty to clap for an eviction the way he did? Yes. Looking back, it was also shitty to basically call Scott a horrible person and reveal misinformation during the eviction.

Well, shortly after Neeley left, the house blew up again. Jason was doing a lot of lecturing to Scott about clapping and threatening to bully Dani. Those two went back and forth for awhile before Shelby went into the kitchen and mentioned how nasty Jason has been to her throughout the season (to call him a hypocrite, basically). Alex joined and defended Scott by saying he has been treated like shit all season by that side of the house, so it’s a little ridiculous to play victim now.  Later on in the evening, Shelby calling him out finally sunk in and Jason actually realized he was wrong for calling Scott out while he has been extremely nasty himself. He said he’s going to change that and not be so mean moving forward (we’ll see.  If so, good on him for learning something).

Going back to the kitchen incident. Jason was still debating back and forth with Scott about the issue when Dani storms out of the bedroom and absolutely unleashes on Scott. She mentions how she was bullied growing up, got beat up and needed an MRI to see if she had brain damage one of the times. I forgot exactly what else she said, but this was all around 8:50pm. She continued until the feeds were cut to prepare for the HoH competition (Booooo!)

The HoH competition started, and there was a shitton of technical difficulties to where we could hear production through most of it. We’d hear them talking in the background before speaking into the house, and it was pretty fun to watch since it was clearly some crew that was in over their heads. The competition was a round by round trivia comp which resulted in Dani and Whitney being the last ones standing. When Whitney put the incorrect answer, you can hear some groaning by the production team before being told to shut the f*ck up by someone else. The only problem is that the house also heard it, so Jason spent the better part of the night after that thinking not only is America after them, but production is as well.

I will say, it’s certainly not a good look for production. This is going to create massive doubt every time someone on the plastics’ side of the house wins anything (CP, America’s Nom, etc). Even though Jason’s crew has been completely miserable for most of the season which resulted in the tide turning to favor the other side of the house, Jason still doesn’t see that. He thinks he’s being edited in a way that makes him look bad, and people like Shelby look good. I personally don’t think production is going to interfere with anything, but I also don’t like being wrong. Regardless of which side you’re on, that leak will probably taint the minds of the LNJ and their fans, and rightfully so. If I heard that, I would begin to question anything that went the way of the girls in the house and wonder if I was not only playing against the other side of the house, but also against production.

Again, I don’t think they interfere, but I am just saying Jason’s doubt from here forth will be a valid doubt.

Live updates coming up soon. There was just so much to talk about from last night that I didn’t want to put all of that before the feed updates.