Travis
Evicted
Home » Big Brother 18 » Will This Week Simply Be A Repeat Of Last? Not So Fast

Will This Week Simply Be A Repeat Of Last? Not So Fast 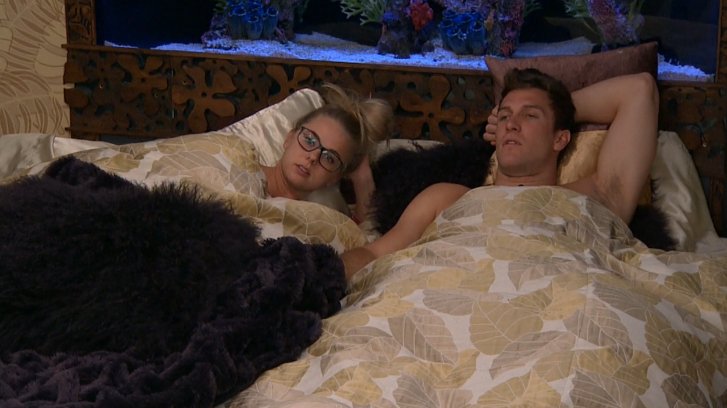 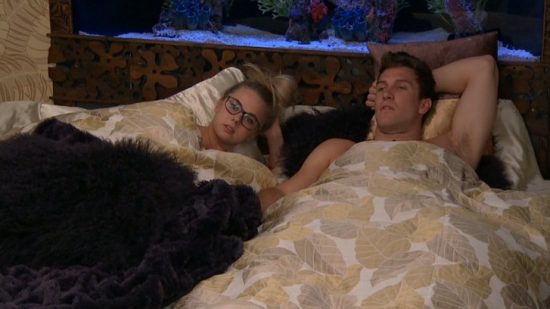 Good morning, everyone. Before I begin with strategic talk, let me just catch you all up on the HoH competition, since it was shown on the feeds rather than CBS. As you know, it was the wall endurance comp that featured more jury members than regulars. I’ve been saying all week that out of the jury members, it was really just a competition between Paulie and Victor, and that’s just what it ended up being, but in a weird way. About 10 minutes into the competition, Da’Vonne and Zakiyah decided they liked the jury life better than dealing with this crap again, so they grabbed each other’s hand and jumped off – Thelma & Louise style.

This resulted in everyone wondering what had happened for awhile, and Bridgette telling people that was not pre-planned as far as she knew. Naturally Corey fell off shortly after, then Bridgette took her tumble leaving it to Paulie vs Victor (like expected) and Paul vs Nicole and James on the other side. This part of the competition took a little while, but Paulie simply couldn’t hold it any longer and he was out. Everyone cheered, and Paulie walked off into the sunset, clearly not bred for this game. Victor immediately showed his cards and let on how tired he was, so it wasn’t shocking he dropped next considering he was guaranteed to be back in the house, but there was no way he was beating James.

The James, Paul, Nicole match lasted a lot longer than I expected, and that is because Paul lasted a lot longer than I expected. It was pretty clear that once Paul fell, Nicole and James would make a deal, and after a lot of whining from Nicole, that’s just what happened. She was growing frustrated that James simply wanted to win the competition to be 4 for 4 on wall competitions during his two seasons, as that seems to be one of the few competitions he can actually win. Don’t get me wrong, Nicole wasn’t quite as whiny as Natalie was to Victor under the same situation a few weeks back, but she was definitely getting upset about it. I think even the people on the ground were ready for the comp to end as I heard someone say something like ‘Just finish this already’. James, living up to his nickname jellyfish (no spine), finally gave into the pressure and handed Nicole the win. She promised him safety, but he is the one person who should know better than that.

Here is a note I realized – Nicole has never fully earned a week in the HOH room, despite winning the competition about 5-6 times in two seasons. Her first season, either 2 or 3 HoH wins were wiped out when she lost the Battle of the Block, and her one actual win came during the first of a double elimination (so she never got the room). This season, she was handed the HoH by a bunch of newbies after her team lost like 3 straight competitions, which forced her team to go solo for their BB lives (Glenn lost). Then obviously last night when James handed her the win, even though there was like a 95% chance he was going to win (despite what Corey thinks; he claims James was just about to fall).

On to the actual feeds after the comp…

To summarize as best I can… 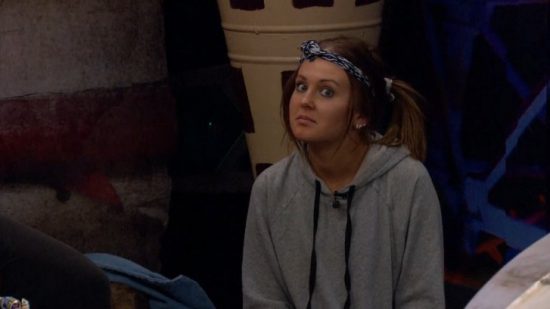 What?  No Victor or Paul? That’s right. Despite Paul’s plea for Nicole to get out James (and how hilarious that would be), Nicole intends to go after Michelle this week. I guess calling someone a snake on national TV is never a good idea. While Nicole claims it is purely strategy and not personal, there has to be a bit of personal feeling here. Has to be. Nicole is human. You don’t get called out on national TV and sit back and take it when  you have a chance to strike back.

To be fair, Nicole does have logic behind her decision. If you listen to the feeds at around 3:20am, Nicole and Corey finally get some alone time to talk candidly. Here is her logic…

She wants to simultaneously

a) Keep her deal with James
b) Keep Paul in the house to go after James
c) Remove a personal threat, and a potentially strong player

Nicole believes that the one person in the house who would indeed nominate her given the chance is Michelle. She’s probably right, at least for the near future. Nicole also realized something that none of the dummies a season before her realized around this time – The competitions become less and less physical and more and more mental. That is why both Ian and Steve suddenly were able to ‘turn it on’ late in the year. It’s not because they were holding back, it’s because the comps eventually come around to their strengths, which is their brain. While nobody in the house is at the intelligence level of Ian or Steve, even Nicole sees that the smartest two people remaining are Paul and Michelle (and I agree).

So, in the end, she wants to remove one of the smart players who have 0 chance of actually working with her, and keeping the other who would (for the time being). She is also looking ahead to jury by not going back on her deal with James, as she is going to need all the votes she can get if she makes the final 2.  Nicole has plenty of options, but to her credit, this may actually be the best one for her game.  Of course, it all rests on the care package, but once they find out that it’s garbage, the plan will go through as expected.

As far as the care package – Paul, Victor or Corey are eligible to win. Corey’s not going to win it, so Paul or Victor will be given the power to hand over $5k to secure something this week. He’ll probably try to give it to Nicole to put James up as the nom or renom, and it may work. If it doesn’t, maybe Paul or Victor will give it to each other for some stupid guarantee that is irrelevant to the outcome of the week.  For example, Paul can give it to Victor and tell him it is so Victor votes the way Paul wants (which will happen anyway), or vice versa.

People are wondering what happens if the person breaks the word, or doesn’t use it, and I don’t think either can happen. The rules were pretty specific on what it can impact, which means the person giving will likely have to make an official deal with that person. If Paul pays Victor to vote his way, I don’t think Julie Chen would allow Victor to vote any other way.  If Paul pays Nicole to nominate James, she has to nominate James. This is not a ‘check that can be bounced’ in the words of James.

Big day today. Nominations, and Care Package.  I’ll start a live update thread in an hour or two when they are up for the day.