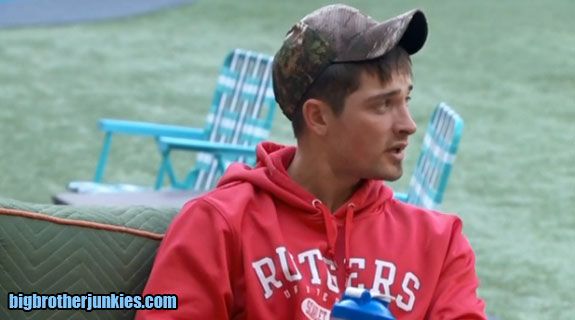 How To Win A Girls Heart In Big Brother 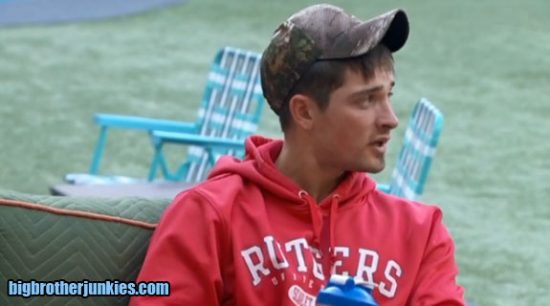 Caleb has tried everything he possibly could to win over Amber this season on Big Brother 16. He has sweet talked her, defended her, went on the block to save her, and even ate a pickle!  None of that has worked yet, so it’s time to turn it up a few more notches. How? By putting HER on the block! We all know the best relationships are built on threatening to take away someones chance at half a million dollars, so Caleb will clearly have it in the bag this afternoon.  He should make room in his bed because Amber is guaranteed to sleep with him tonight and every night until the end of time (sorry, having a Caleb dream).

Here is the situation if you were away for the weekend and just catching up.  Hayden won the Power of Veto, and is going to use it on Victoria this afternoon. The detonators have decided it’s time to make a semi-big move, so they have been tossing around the idea of putting Caleb or Amber up on the block.  To be fair, they really don’t have many other options, so the big move was kind of forced on them. That’s part of the reason they have been speculating about BoB being put to rest soon because take a look at the options for the replacement nominee….

The rest of the people are either on the block, or immune for various reasons (pov, bob win, hoh).  It was either put Donny up – again – and risk losing a team america member (no clue what happens if they lose one), or put one of the two up.

Initially they feared Caleb losing his mind if Amber was the nominee, but after some talking to by Zach and Frankie, they put it in his head that it’s HIS idea, and he’s loving it! Caleb is thrilled that Amber will finally get to see who was really protecting her in the house. True romance never dies.

I am fearful the meeting is going to happen during the brief window I’m going to be at school talking to an adviser, but even if I am, that shouldn’t take long. I will be back and covering the afternoon with as much detail as I can.  Stick around for another post as soon as things go down.

It’s Monday, but here is to hoping this veto meeting makes this day fly by!  Hang in there