A Win For The Good Guys – Nomination Recap 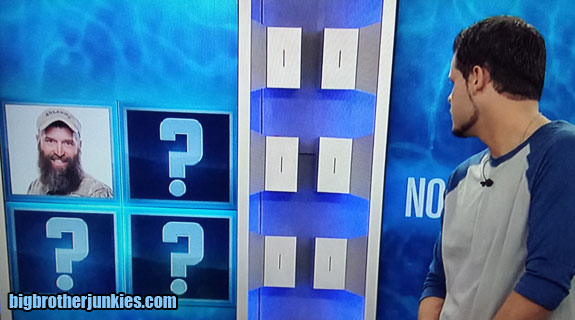 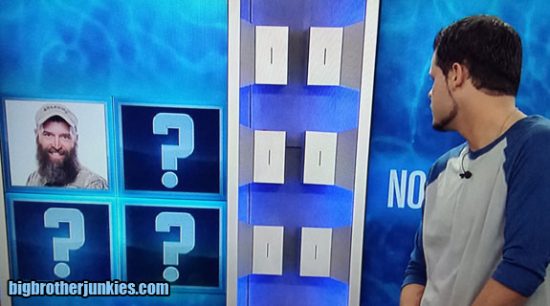 I think I’m going to state the obvious after watching the nomination episode tonight on CBS, but Christine won’t be winning America’s Favorite this season.  I actually feel a bit bad for her because that may have been the worst episode of the season in regards to making a single person look bad.

First, the clips talk about something that was touched on the other night (and mentioned by zingbot), which is Christine’s very close relationship with Cody.  While showing clips of the guys talking about how awkward that is, they showed quite a few pretty borderline clips of the pair together.  I don’t even really want to talk about it because Christine’s husband has received a ton of flack via social media, and I don’t think he deserves it, but it’s hard not to when that was the focal point of the episode.

Christine justified it by saying she is trying to win half a million dollars, but even Zach randomly pointed out that is not part of her game, and I have to say I agree with him. I think she’s in a house full of very attractive guys (oh, didn’t see you there, Derrick – zingbot joke you’ll see Wed night), and being trapped with the same people for two straight months will mess with your mind. Not that I’m excusing her behavior, but Christine’s situation is a recipe for disaster. I’ve caught Derrick making a few comments about the girls, and even Donny joking about how hot Amber is (granted casual comments are nowhere near as bad as what Christine/Cody have done).  The biggest lesson anyone can learn is, if you go into the Big Brother house, either be single, or use a non-flirting strategy.

If the flirtgate wasn’t bad enough, Christine was also unfortunate to draw the skittle that paired her with Donny for nominations.  The plan for the house was to put someone up with Donny who would throw the BoB competition, hope he doesn’t win PoV and then vote him out. Nobody wanted to volunteer at this point in the game, so the group resorted to drawing skittles from a hat to see who would be nominated.  Donny was sound asleep and already decided on when Christine’s skittle was drawn first.  To go against the pair, Caleb and Cody’s skittles were then drawn.  Game, set, match for Donny this week – right?

Not so fast. You may have beastmode cowboy on one side, but you have beastmode beard on the other. Despite his demeanor, Donny has won quite a few competitions this season, but this time he was not only partnered with a weak player, but the weak player was sabotaging Donny throughout the competition.

The battle of the block was the dark room where two pairs of houseguests enter and try to complete a mission in pitch darkness. They had to find bones around the room buried inside various objects and traps. When they found the bones, they needed to place them in one of five slots on the wall, however many of the bones didn’t fit and were junk. As Donny went around the room looking for the bones, Christine basically crawled in circles pretending she couldn’t find anything.  Cody and Caleb were destroying the competition, but had lady luck against them. Every single bone Caleb found did not fit into the board.. every one! Even the bones Christine found and handed off to Caleb did not fit…

Yes, you read that right. Not only was Christine crawling around in circles doing nothing, but when she actually did find a bone, she would hand it off to Caleb to help the other team win.  If Christine did that under other situations, it wouldn’t be as bad, but against Donny?  It’s just hard to stomach as a viewer of the show. You don’t often see people like Donny on reality shows, and when they do, they’re always eliminated very early.  Donny has managed to make jury and be in the final 8, and he has done it nearly alone, minus the little help he has received from his two allies in Team America – Derrick and Frankie.

Essentially playing against three people, Donny actually pulled off the upset victory and America took a sigh of relief knowing he is safe for another week. Christine also managed to be safe thanks to the hard work Donny did, and that also means either Caleb, Cody, Derrick, Victoria or Zach will walk out that door on Thursday night (depending on the veto).  Tune in Wednesday night because you’re guaranteed another good episode.

Read more of my Big Brother recaps at OK! Magazine