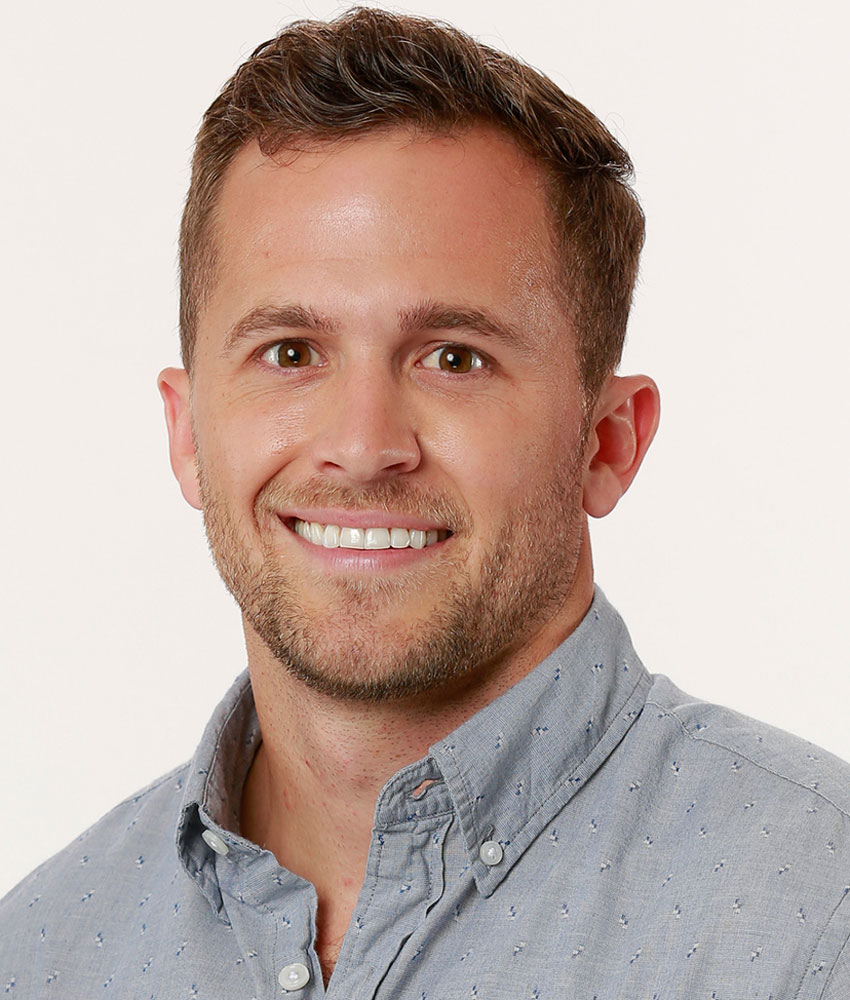 Ryan Reynolds – move aside, here comes Winston! Well, at least he’s been told he looks like Reynolds which I actually can kind of see. Especially when he’s playing Deadpool and has a crazy looking face.  I kid, Winston. I kid.

Winston is a medical sales rep from Kentucky who is a big fan of Paul. Who wouldn’t be a fan of a guy who finished 2nd place two seasons in a row? Again, I’m being overly harsh on Winston. Paul actually should have won at least one of those seasons so he’s not a bad person to emulate. He just has to be a bit smarter with jury management if he does take the Paul approach to Big Brother.

My prediction for Winston is that he’s going to be a very boring houseguest to watch but that could work in his favor and he should easily make jury and maybe top 5. I can already see a ‘bromance’ with Brett and an alliance with Haleigh.

Here is his official CBS bio:

Three adjectives that describe you: Active, ambitious, and passionate.

Favorite activities: Hiking, long walks or driving with my dog, working out, and watching movies.

What do you think will be the most difficult part about living inside the Big Brother house?
I’ve been living alone for two years now so isolation is somewhat normal for me, but that feeling of total cutoff from friends and family will be a struggle.

Which past Big Brother cast member did you like most?
Paul Abrahamian. His mix of gaining other’s trust while simultaneously screwing with them was iconic.

Do you have a strategy for winning the game?
Yes, I hope to use my interpersonal skills to gain trust from key individuals identified early. But unlike Cody Nickson from last year, you cannot come in and split the house too early. It’s a waiting game.

My life’s motto is…
Give your all today, for what you keep, you lose forever.

What would you take into the house and why?
– My dog. Duh.
– My record player with some music because I have to have music.

Fun facts about yourself:
– I write love notes to my dog before work.
– I volunteered for Big Brothers and Big Sisters in 2016 and 2017.
– I hold my high-school record for the 40-yard dash for over a decade.
– I’ve been mistaken for Justin Timberlake and Ryan Reynolds.