Keesha
Evicted
Home / Big Brother 16 / Zach – Should He Stay Or Should He Go? 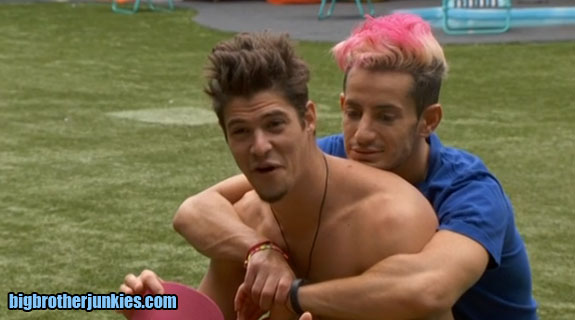 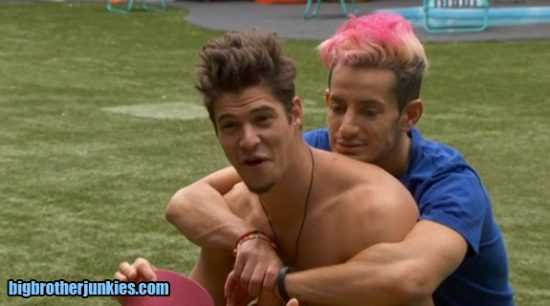 It’s day 1 of doing an overnight recap right after my cat wakes me up for breakfast. So far so good, but then again I’m only two sentences in. Let’s see if this makes sense by the end of the post. Also, thanks for everyone who has donated toward my summer goal so far.  I appreciate it and love you all!

Last night in the Big Brother house, there appeared to be a lot of back and forth on keeping Zach.  Unfortunately for Zach, it was pretty heavy in one direction (and not the direction he’d like). Most of the ‘Detonators’ have basically washed their hands of him and are ready to move on.  It doesn’t help Zach that those same people have formed their own sub-alliance (while adding Nicole), so the ‘Detonators’ are just a shell of an alliance at this point.   The ‘Bomb Squad’ was like one of those Russian dolls where every so often it would open and a smaller doll came out.  Instead of the ‘Bomb Squad’ sticking together throughout the game, every time something went wrong, a smaller alliance from within was formed. Surprisingly, Frankie is not part of the new alliance, nor is Zach, so ‘Zankie’ may not make it as far as I initially thought.

The new alliance consists of Derrick, Hayden, Cody and Nicole and they originally called themselves the ‘Quad Squad’ but changed it to ‘The Rationale’ (I give up with these alliance names. I should just make my own for them). They have a new set of plans, and that isn’t to just evict every female in the house and then fight it out in a death match MMA style (slightly exaggerated). The group actually talked about keeping players like Victoria for the typical reality show logic – they’re easy knockoffs if and when the time is right.  Why kick someone out who can hardly win a competition and make things harder for you at the end?  Oh right, they probably watched the pathetic BB15 final 3 of GinaMarie, Andy and Spencer.

I’m not sure if any of my rambling made sense, but today we have the power of veto meeting.  Christine is not expected to use it and Zach/Frankie will likely be pushing hard all week to keep Zach in the house. The harder they push, the further away from everyone they’ll get and Zach may find himself chatting with Julie this Thursday night instead of walking away a winner like the guy he tried (and failed) to emulate – Evil Dick.